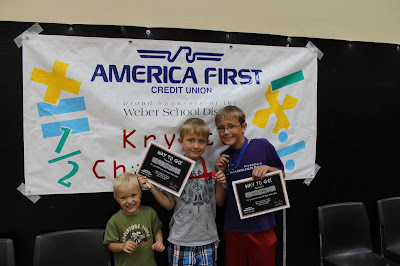 We love the Math and Science Olympiad.....Krypto is the Staten specialty.

Tyler went for Krypto in 3rd, 4th and 5th... Matt has gone in Krypto every year since 3rd grade (when they let them start going) and everyone says that he's the only one who can win it!  His team was Jessica Moss, Avery Hall and Matt....again.  They have been the team 3 out of the 4 years:)  Isaac won a spot this year too!  I was told that he actually took the first spot because he was the best:)  Looks like the tradition will continue!

Isaac and his team (Logan Coy and Gabe Gonzales) went first.  They were all so VERY nervous.  Their team took 2nd place with 40 points.  They were so excited and I was so proud! 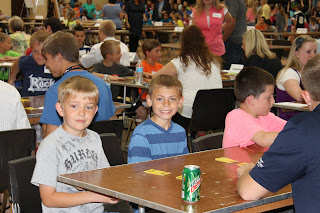 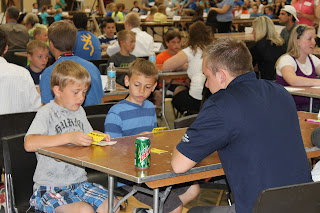 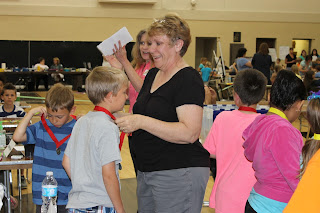 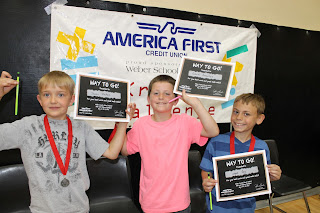 Matt's team took second and OH BOY they were nervous!  In 6th grade they add fractions to the game and it was so stressful!   The girls told me that their plan was to sit there and act like they knew what they were doing and just wait for Matt to do it:)  THEY TOOK FIRST! They had 70 points and the second place team had 50 something.  They killed it!  What a great way to finish up elementary school! 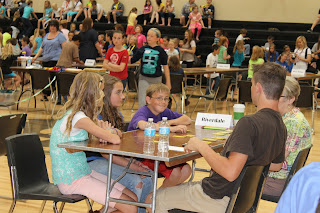 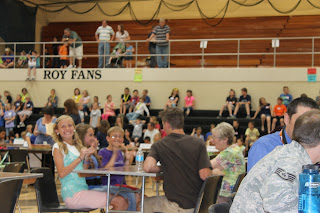 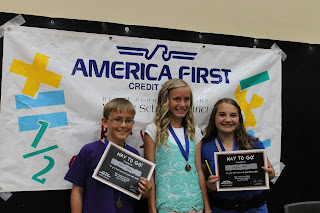 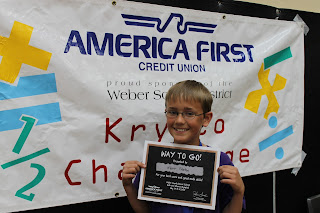 Oh my goodness!! A ton of little math geniuses! I remember krypto.. Such a fun game. I went to the olympiad with steven scott and someone else for krypto one year. Your kids are growing up so fast!! Looks like you are always having one adventure or another!!