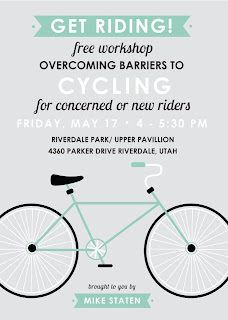 May is Bike Month.  Mike decided that he was going to hold a workshop.  He had no real support from the city:) but he just wanted to help educate people. He titled it Eliminating Barriers to Cycling.  SO many people responded to the Facebook event. Ogden City got involved, several bike shops donated free stuff for giveaways, Indie Ogden even interviewed him... and Mike was stoked. Fast forward to day of...and the weather was HORRIBLE.  Windy cold and a little rainy.  But that didn't stop Mike or actually quite a few people and there was a great little workshop at Riverdale park!  I love my hubby!

Here is the article by Indie Ogden:


Cycling is not just a sport for spandex clad athletes, it is a way to save money on gas while commuting to work,  help the environment, get outdoors, get healthier and a great way to explore your town.
Mike Staten is a local  cyclist and Riverdale city council member and for the past few years he has been on the bike a lot, enough to lose 40 pounds!  Mike says that after he began to shed the weight his friends began to ask him  how he pulled it off and how they can get started. He explained that although there was a lot of interest in cycling a lot of people were worried  about safety, expense and whether or not they could even do it.
A little over a year ago  Mike recommended that Riverdale consider some ideas on how to become more bike friendly. The council formed an ad hoc committee with Mike as the council’s representative and the committee’s recommendations included the recently completed bike lanes on 4400 south. Inspired to do more he began planning an event to get people excited about cycling and to overcome anxieties they may have about getting started.
I had a chat with Mike the other day to learn more about the “Eliminating Barriers to Cycling”event he is planning and how he plans to get people on their bikes.
So what is going to happen at the event?
I’m working out details still. I figure  15 minutes introductions, getting a feel for what people want to discuss, and then kind of tailoring things from there. Ideas include how to ride safely in traffic, misconceptions about cycling, how to dress comfortably, how to work out practical matters of commuting, stuff like that.
I’ve got 90 minutes, and OCEF may take some of that and do some breakout sessions like a bike maintenance session or a bike commuters session or stuff like that. It’s kind of  a moving target right now. We will probably have a video from the League of American Bicyclists called “Enjoy the Ride” as well.
Who should come? Is it just for beginner riders?
It’s not designed for spandex-clad road warriors or hardened all-weather commuters, though people like that would probably have something to contribute. It’s designed for your average person who would ride more if ____ and you fill in the blank. Does that make sense?
Of course! And what do you hope people take away from this event?
I hope people will feel more confident: that riding in traffic won’t seem like a risky dare-devil-only thing to do, that they’ll realize they probably already have clothes that are comfortable to ride in, that they don’t have to go spend their life savings on a bike and gear, and that they don’t have to be olympic-level fitness to enjoy it.
There’s such a perception of bicycling being for the extreme athlete in spandex, and I hope to help normal people realize that isn’t true and they can enjoy it too.
That is great, I think more people would ride if they knew how easy it was. there is definitely a stigma about riding here.  I was car free for 7 years and never wore spandex haha
EXAAAACTLY…I wear spandex when I want to ride hard and fast because it’s comfortable, but I also enjoy riding my 1974 Schwinn Suburban to city council meetings and church and stuff, and my ’97 KHS MTB on the trails. There are as many ways to enjoy a bike as there are people out there, maybe even more.
What do you think can be done to make the community more bike friendly?
As for bike-friendliness, it is more than just infrastructure and policy: driver and cyclist awareness and education are so important. That’s why I want to do this workshop.
And it’s free which is great!
Yes!
Check out the event and take the first step to getting on a bike and enjoying the outdoors!
Eliminating Barriers to Cycling – Riding Skills and Safety Workshop, Q&A
Friday May 17th @4pm-5:30pm
Riverdale Park, Upper Pavillion, 4360 Parker Drive, Riverdale, Utah 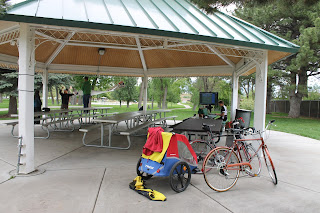 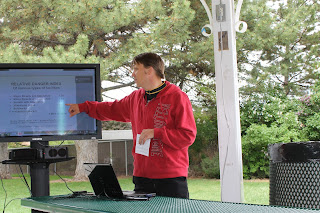 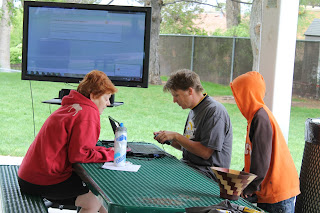 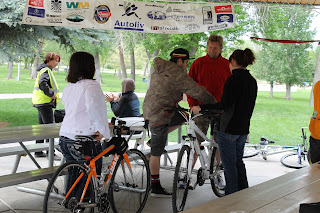 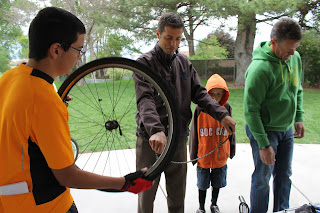