After lunch with Matt and his friends I ran him home to babysit:) and I ran to the awards assembly at TH Bell.  I was so stressed about making it!  But thankfully I made it before Tyler went up for his first award.  He got Red Bell for having a 4.0 and the Blue Bell for taking first at State for ECYBER Mission. 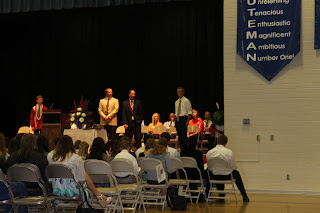 We didn't know what he was getting but we knew he was getting one of the special awards.  It turned out that he got the German Student Of the Year!  Tyler LOVES his German class.  He loves his teacher Herr Jackson.  He loves speaking German.  He ended the year with over 100% ....but we really didn't expect it! We assumed those awards would go to the 9th graders!  YAY way to go Tyler! 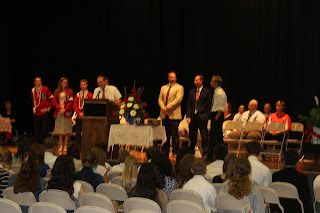 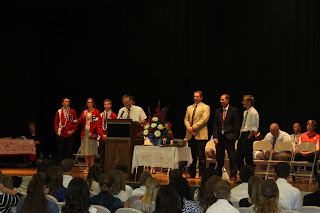 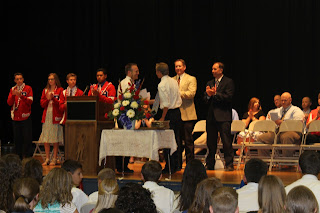 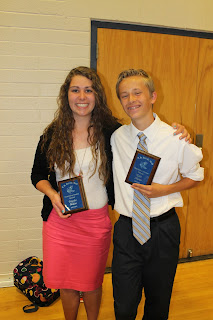 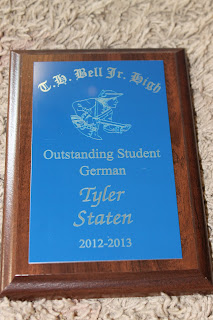 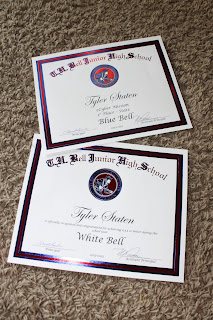