Skiing, Snowshoeing, and A GREAT DAY With My TYler 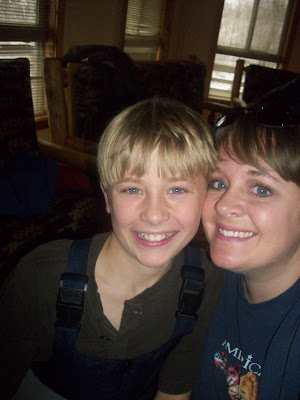 I had THE greatest day ever! Tyler's teacher had asked me if I could go on (and drive) the 6th grade's field trip to the Environmental Center. I hadn't ever been to the Environmental Center and didn't really know what to expect, but I said "SURE" because it meant I could spend the day just with Tyler. ANYWAY, being able to go required a LOT of help from other people. Mike stayed home to get kids off to school ( we had to leave early), Mary kept Nick all day, and Ariana kept Lucas so he could go to preschool! PHEW even just that part is almost exhausting.

Tyler and I got to the school early, gathered our group and the other mom going with us (my friend Jen) and loaded in the van. Now, since I didn't know where I was going I really needed to follow the bus. We hurried out of the parking lot and caught up with the bus only to find it EMPTY. It was the wrong bus! hahahahahahah. SO funny! Jen called the school and got the address and her husband for basic directions and we struck out on our own. Once I realized it was on North Fork road I was ok. It's right up by where we go camping every year. PHEW. We made great time and despite Tyler's worrying that we were going to be late :) we got there right after the bus (kids were still ON the bus) AND before 2 other cars!

From the parking lot there was quite the hike up to the center. Kids were complaining all the way up.......HOW were they going to make it all day? LOL

Once we were at the top we divided into our groups, were instructed, and got started! Our first rotation was the "craft" rotation. The kids got to make frames. ( Mrs. Anderson was taking pictures of each child on their ski's.) I have the greatest kid! 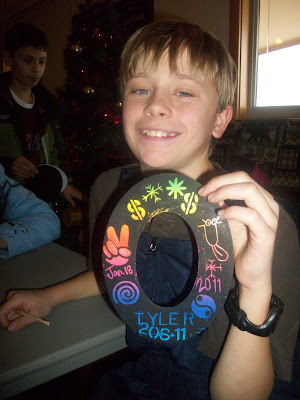 Our second rotation was cross country skiing. I hadn't ever been cross country skiing before and I was a little nervous. It was SO FUN! I was a little slow in the beginning as I figured it out and I told Tyler that he could go ahead, that I really didn't mind. He said "Nah, I want to stay with you. That's why you are here. To spend time with me. We don't get a lot of one on one time and I just want to be with you." SERIOUSLY? World's greatest 12 year old. Well, I learned how to fall, get back up, and go fast. I want to go again!! 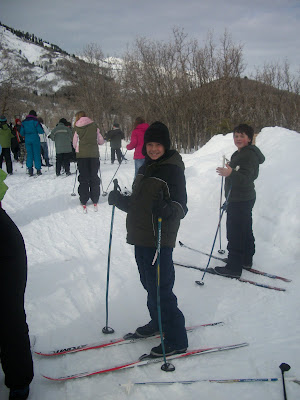 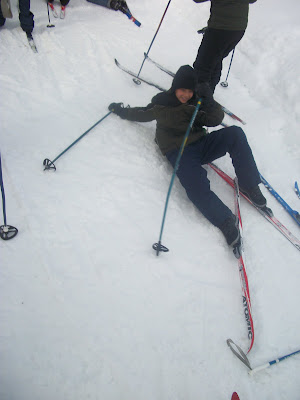 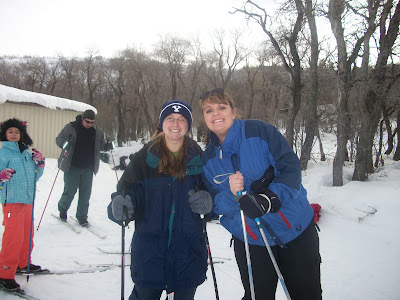 Our third and last rotation was snowshoeing. It was so fun. I love the "new" snowshoes. They are so much easier than the old ones I used to use. We hiked up a hill, found a cool slide (for the kids) and then had a great snow ball fight. Which I had to say was started my my friend Jen. After a while I realized that the dad's in our group weren't in the fight. Just the kids and us mom's. SO funny. 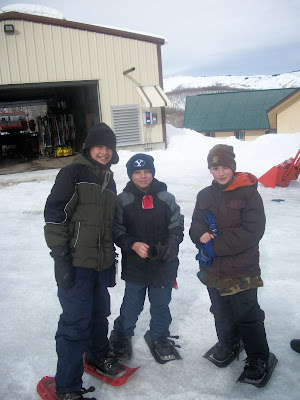 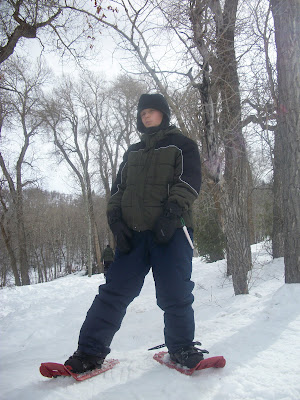 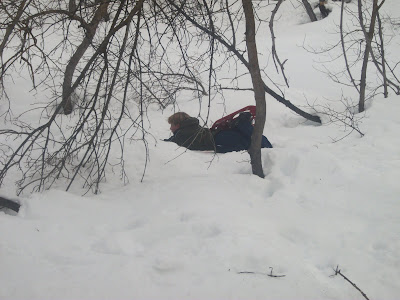 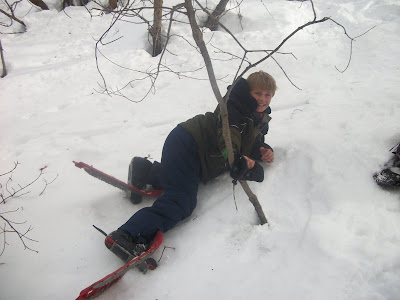 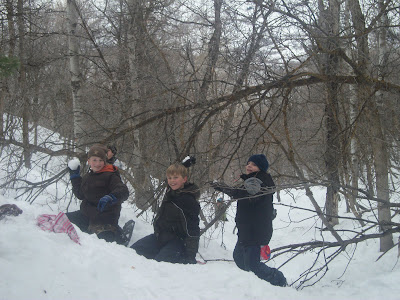 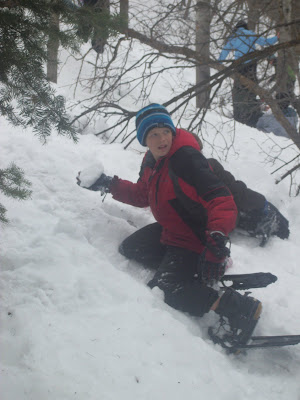 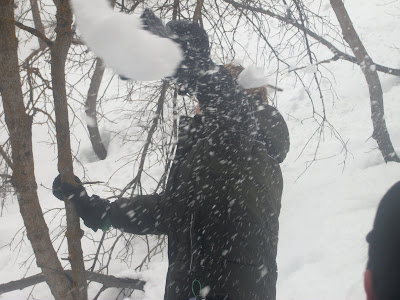 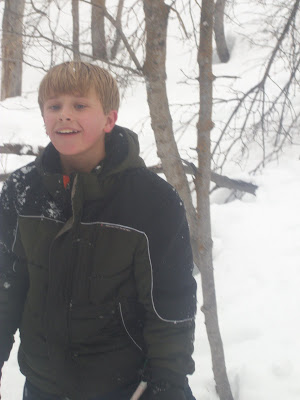 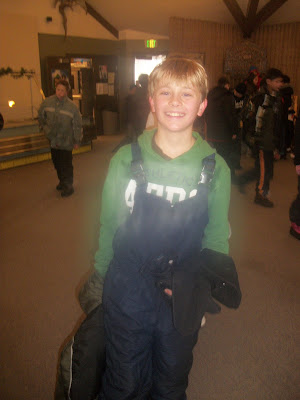 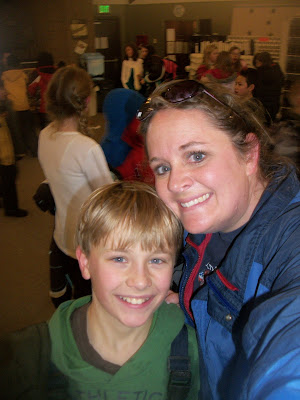 The hike back down to the car was a lot more fun than the hike up! It was snowball fights and white washings all the way down. :) The ride home was quite. The boys were all BEAT! The mom's were too actually. I have to say again that this was THE BEST DAY, and I am so glad that I got to go and spend the day with Tyler! He's such a blessing in my life! 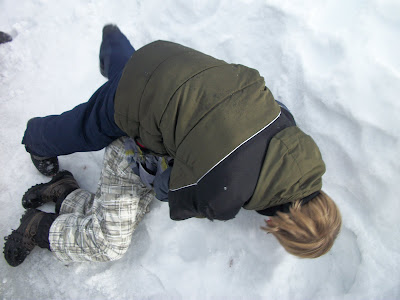 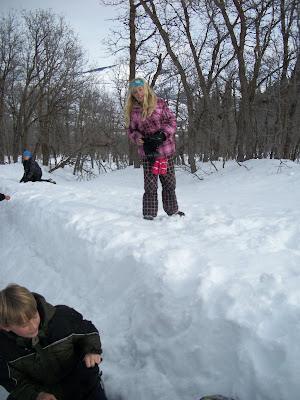