Take Me Out To The Ball game!!!

I LOVE baseball season! I love sitting at the ball park, eating sunflower seeds and cheering for my boys! It's the greatest! And this year I Have 3 boys playing.....which complicates a few things, but also increases the fun factor!

Tyler is on the Cardinals this year. He was playing short stop, and doing great and loving it, when his coach said "Tyler I want you to catch. I think you'll do a great job" Ty came running over and said "Mom, I'm catching next inning" I said "Ty, you don't have a cup! You can't catch....and you've never tried!" Tyler.."Mom, I'll borrow Matt's (a boy on his team not brother) cup and I'll do just fine" So I took him aside and gave him a crash course in catching..... and you know, he did great! Now he's catching almost every game! 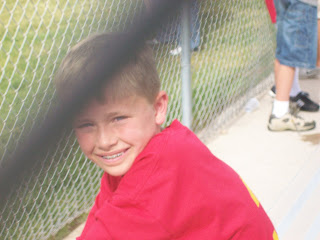 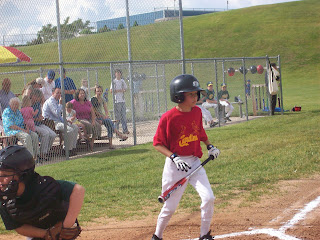 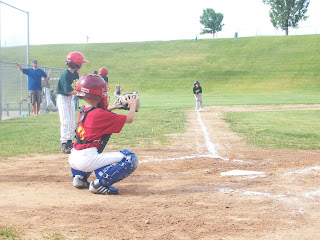 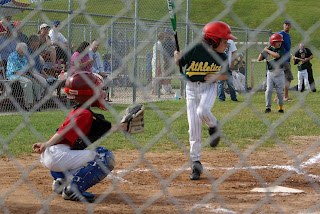 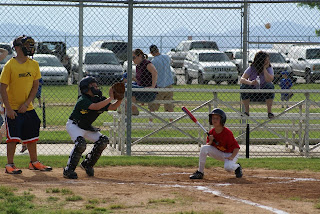 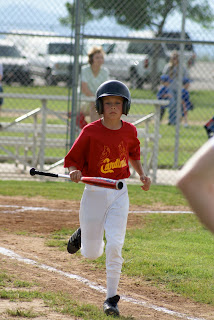 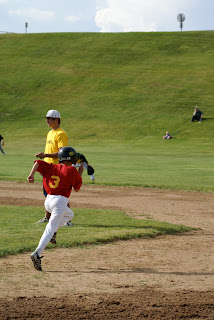 Matt is playing in his last year of coach pitch and is finally not yellow! That's the only color he'd been until this year! Matt loves to play, and he's good. Matt's so deliberate about everything he does, and that makes a good ball player! I just love the smile that comes with each hit! 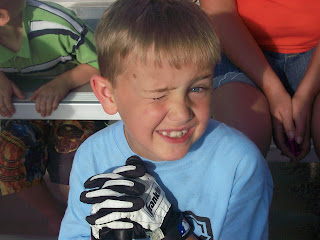 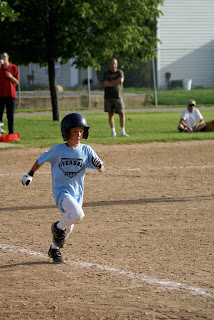 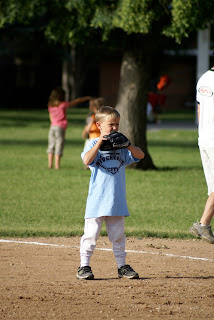 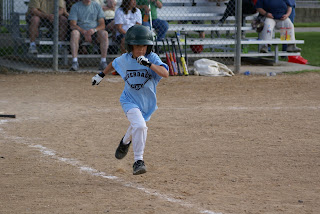 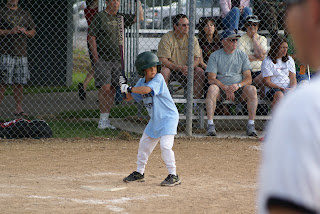 This is Isaac's first year of baseball. He's loving it! Mike always coaches our boys first year of baseball, so that makes it even better! Isaac is one SERIOUS ball player. He stays focused from the second he steps up to bat until he crosses home. It's hilarious to watch him touch the corner of home plate with his bat just like Tyler does. The first time he got out he fought the tears like crazy. He wanted to get home so that he'd get ice cream (a deal we made with Tyler last year to encourage hits)!

This is the face that met me the first time He got out! 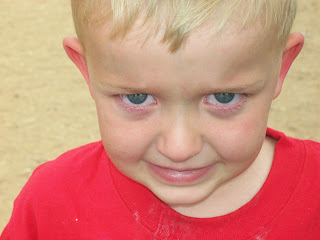 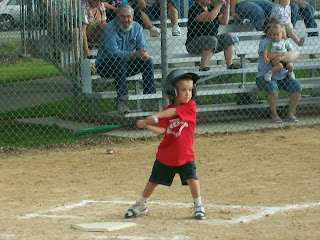 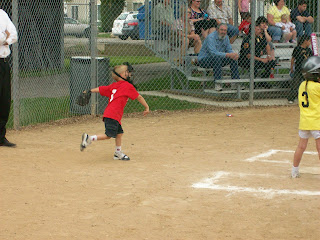 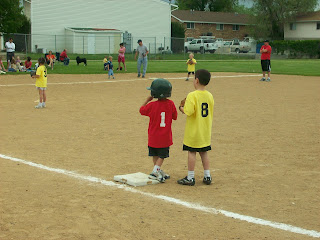 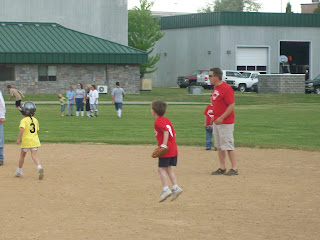 The great coach!
We've been lucky enough to have Grandma and Grandpa Wittke, and the Oveson's at one of each boy's games so far, and Grandpa Staten has been to IZ's and Matt's and is trying to find a time to come to Tyler's (assuming the rain allows another game!) 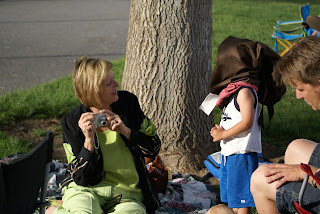 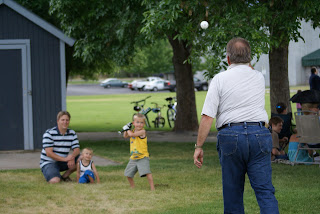 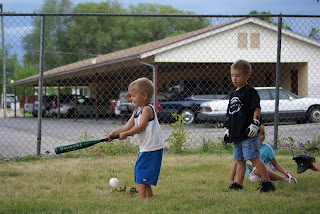