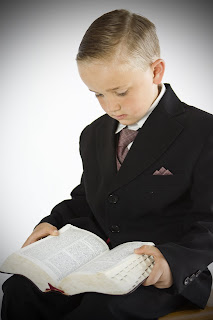 I really cannot believe that Matt is not only 8 but has now been baptized! It was a wonderful day actually. Most of our "Jobs" had been done on Friday so we just finished up some things and then fought Lucas into his suit (the rest understood that it wasn't a huge deal to get into church clothes on a Saturday!) and Mike and the boys ran to the Church while Mom and Don and I ran to Sams to pick up Matt's baptism pictures! We got to the church with enough time for some pictures and then off we went! Brother Lythgoe is a stickler for starting on time so Mary ran in just in time to lean the opening hymn! It was a great meeting, Matt and Caleb sang "When I am Baptized" for the musical number and they didn't seem nervous at all!!! And it was the greatest time ever to see Matt get baptized by his awesome Dad. Matt was so nervous! You could see the stress written all over his face when he walked into the font, but he was beaming (and I was crying) when he came out of the water. After Matt, Caleb was baptized and then while they were getting dressed I decided to feed teh baby in hopes that I would be able to make it though the rest of the meeting. Well, after getting dressed Matt came out and said "Uh, Mom? Dad want's you to come and talk to him through the bathroom door." I asked "Uh what's wrong?" Matt, while smirking said "Dad forgot his pants" ME, "WHAT???" and I ran to the mens room door. Well, Mike had thought that his pants were on the hanger with his jacket, but they weren't! So I walked in and told Brother Lythgoe...... after he stopped laughing and wiped away the tears, I told him to go ahead with rest of the program and then when I got back we'd confirm Matt! I handed the baby to Mom and ran (with Lucas of course) for the van. Our building isn't that far comaired to some places, but 10 minutes each way seems like forever when you know that your husbans is sitting in the bathroom at the church without pants!!! Anyway I got back just as Caleb's confirmation was starting which was perfect! Mike got dressed and we went on with the show! Mike gave Matt a great blessing and we ended a wonderful baptism!

After the baptism we came back to the house and had a great luncheon. Sloppy Joes....a boys favorite food! (Unless your Uncle Mike. But he deals with it!) We have wonderful friends and family and it was so nice to be with all of them. I missed my brothers though. None of them were able to make it, And Paul and Clerie were at her sisters wedding, but all in all it was a WONDERFUL DAY!!!!! 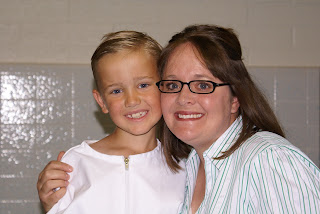 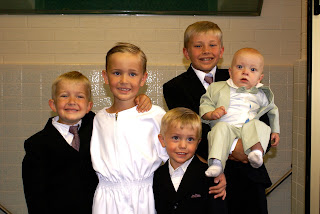 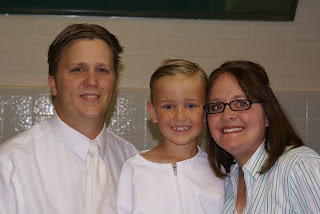 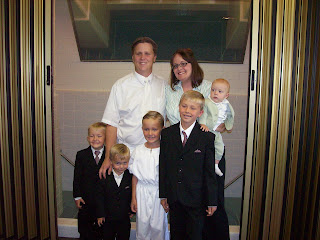 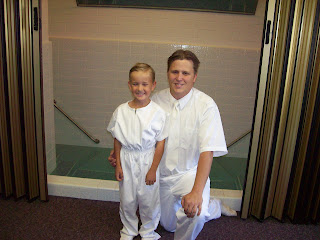 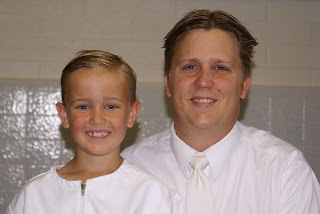 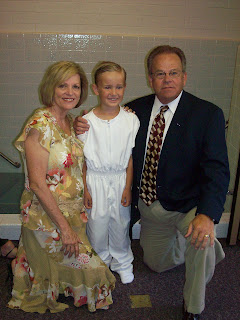 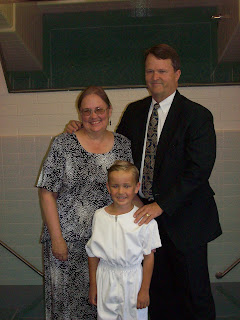 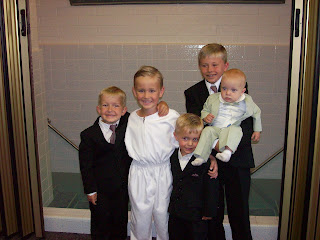 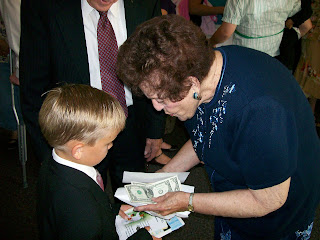 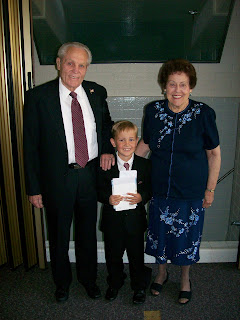 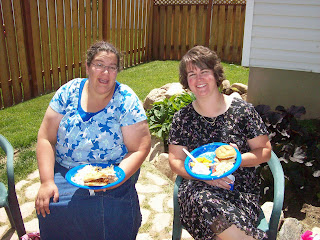 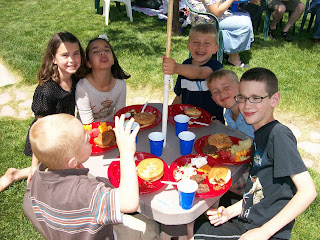 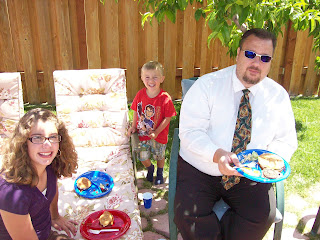 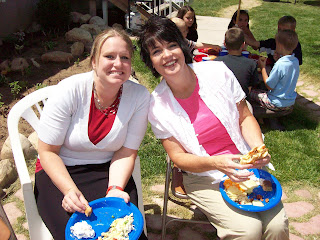 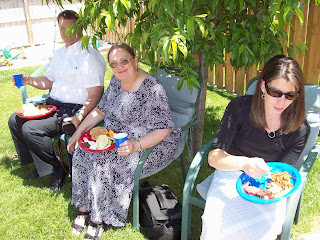 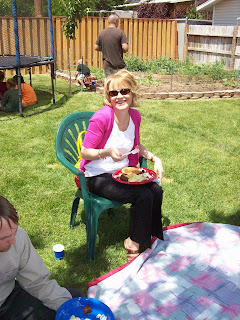 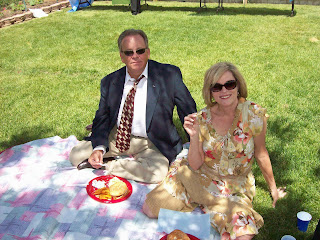 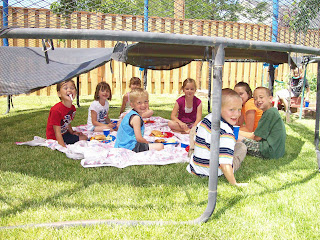 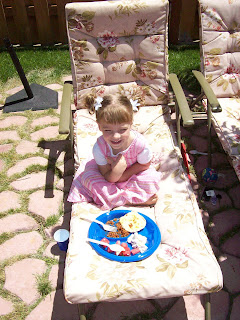 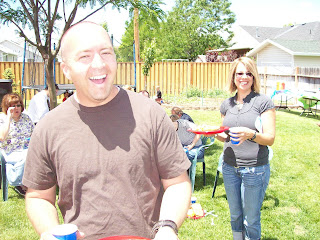 Congratulations! It sounds like it was a wonderful day!