Cousin Adventure #4 A Trip To The State Capitol!

When planning our cousin adventure this week, we consulted our scout books.  All the boys needed (or could use) a trip to the State Capitol to pass off some of their requirements, so we thought that would be a perfect adventure.  While sitting at t-ball the day before, a friend of Mary’s asked what our cousin adventure for that week was going to be, and she told her our plan. Well it just so happens that her husband is Mary’s representative, and it just so happens that he was going to be in session the day we were planning on going!  So she talked to her husband, and we were able to get the super-duper, extra cool, behind the scenes ultra tour from none other than Rep. Ryan Wilcox.  It was really pretty sweet.  We passed the official tour groups a couple times, and they were never in the cool areas we were in, and I'm sure they didn't visit the basement kitchen for candy and sodas at the end, or get to go in the locked supreme court room.  We really are so grateful that Ryan took time out of his busy schedule to take us on a tour, and teach us so much more about our state government.  It really was awesome! 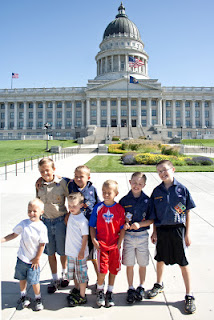 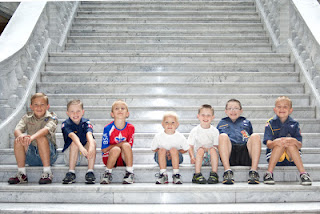 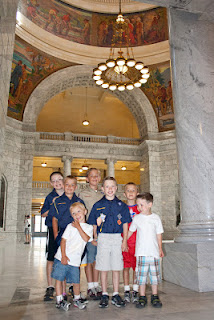 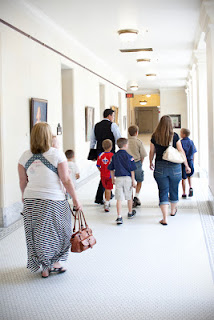 The boys were so interested in the gun he had in his office.  They also thought it was cool that he is representative 007! 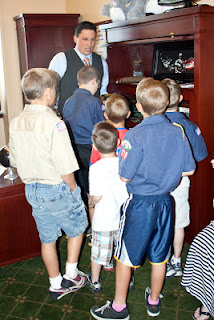 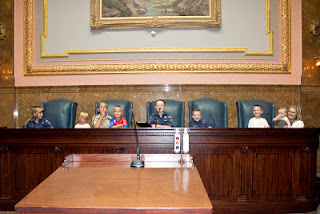 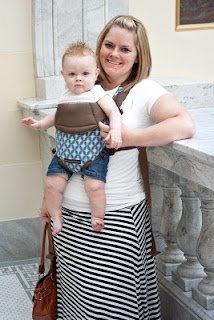 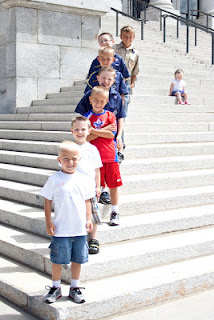 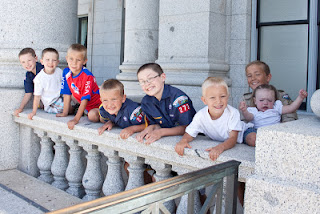 Thanks to our host with the most! 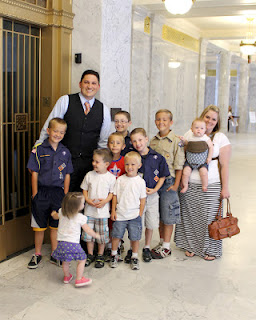