Today we had one of our greatest adventures yet.....we got to go to Uncle Glade's fire station.  His station is out at the SLC Air Port and that makes for a "slightly different than normal" fire station tour!  Just as we were getting there Glade got called out on a call....of course!  So a friend of his showed us around the station.  And it is THE coolest station with the COOLEST observation room that has a full wall of windows so they can watch the planes land and take off and what I'm sure are THE coolest sun sets! The kids had a blast watching the planes and helicopter's! 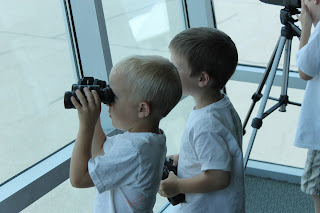 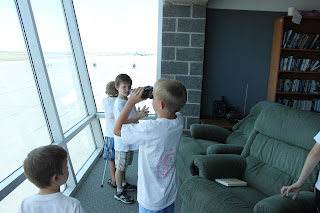 Once Uncle Glade got back, the real fun began.  He gave us the coolest, most detailed tour of the truck that I have ever seen!  The boys were all in awe!  Can you tell Uncle Glade is up to mischief in this picture?  This is what he looks like when he's spraying the boys with compressed air! 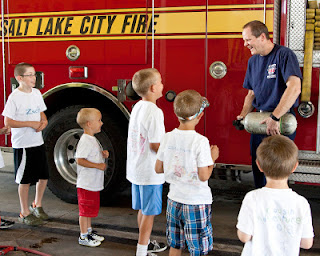 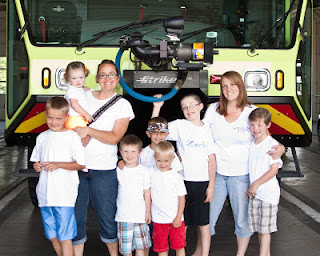 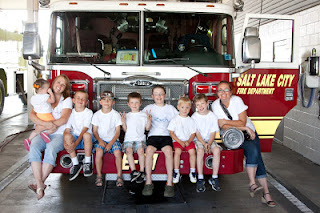 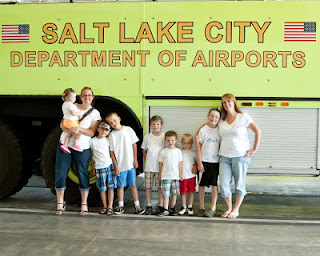 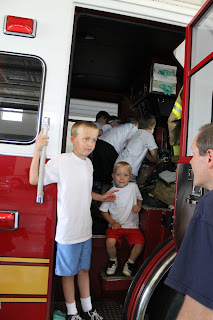 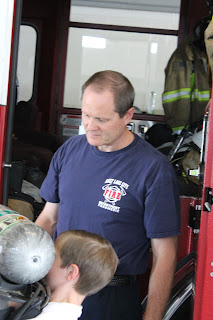 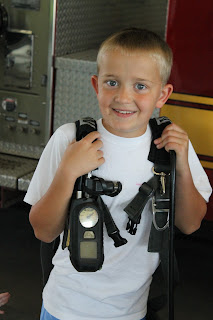 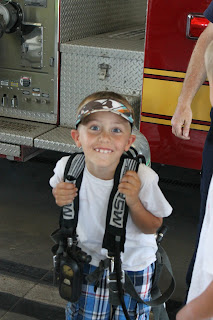 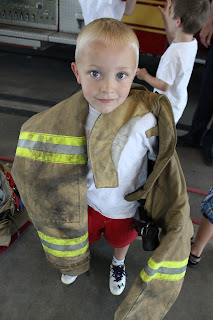 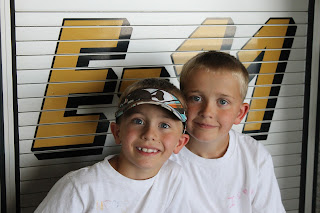 After we thoroughly investigated everything, we got to go ride in the fire truck on the tarmac, and spray the water.  This was the boys very favorite part - the part they could not stop talking about!   It really was pretty darn cool!  The boys loved that they could control the water just like they were playing a video game! 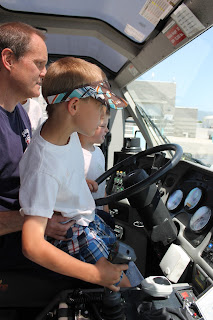 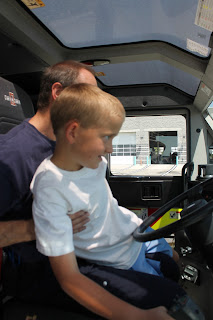 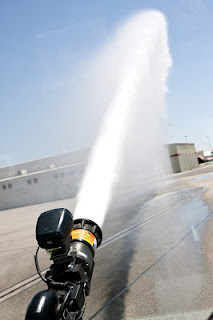 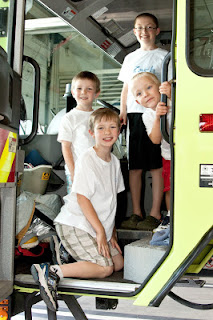 We really are so VERY lucky to have such a great uncle!  My boys had a hard time grasping that he was MY uncle!  He's way to young and fun to be MY uncle!  Hehehehe Love you Glade!! 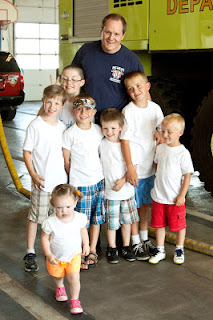 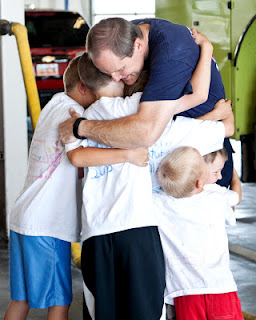 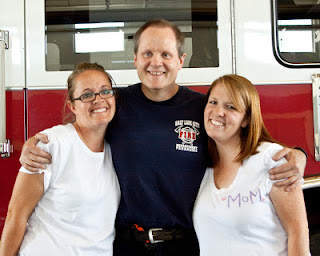