Ok, so we all know that Mike is a little (or a LOT) nuts when it comes to riding up hills.  He LOVES it.  I avoid it...Well today he showed how crazy AWESOME he it!  He decided to race in the 3 Kings Race in North Salt Lake.  Here's the Hill climbing info:

INSANITY!  In my mind.  But Mike loves a challenge.  He loves to see how hard and how far he can push himself and I love that about him.  ANYWAY, he got up and left super early so that he could warm up.  I got up and left here with Isaac, Lucas and Nick at 6:45 (Ty was still at Youth Conference and Matt had to be in the South Ogden Parade).  Mike had written out detailed driving directions so that the boys and I could be at the top of each climb and take pictures and video and he came up.  I was a little stressed about making it to each one but thanks to his awesome directions we made it to each one!  The boys ran along side of him and we all cheered him up each hill and then jumped in the car and ran to the next one.  That's MY IDEA of climbing the 3 kings:)

Mike, because of his age, was in the biggest and hardest age group.  The guys who won also finished in the top 5 in LOTOJA last year! That being said Mike ended up smack in the middle of his pack and I think that's pretty dang amazing! Way to go honey!! 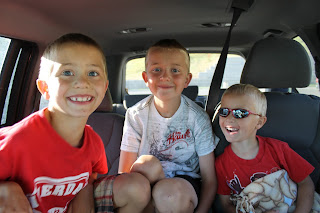 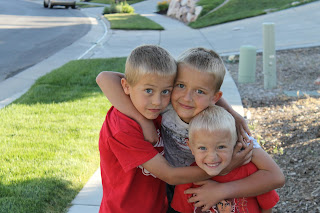 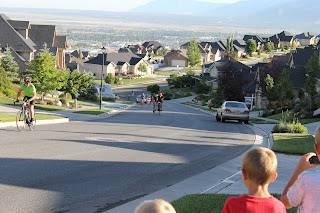 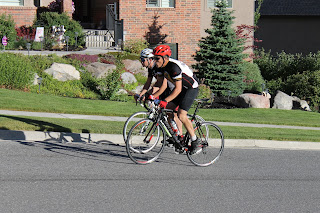 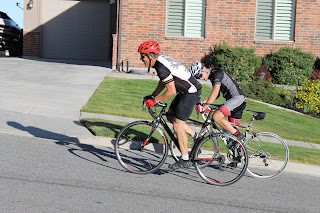 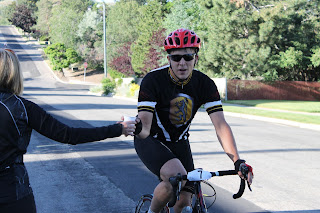 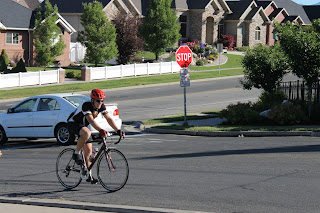 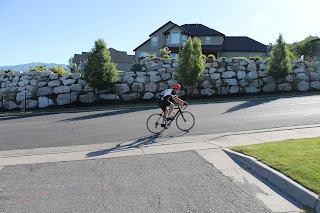 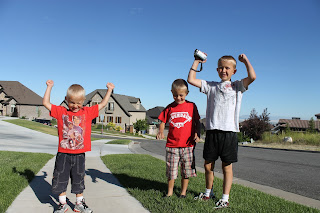 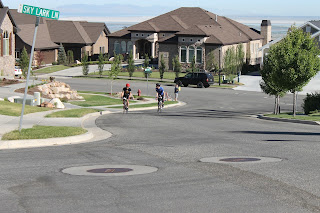 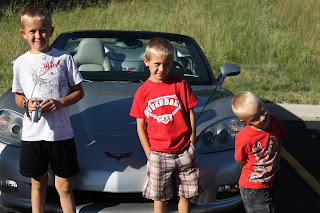 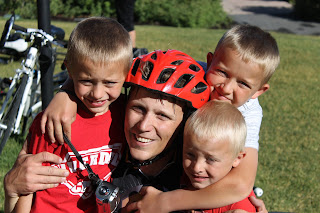 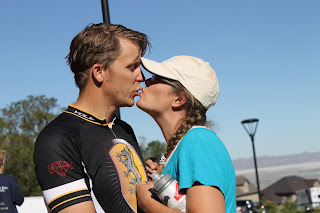