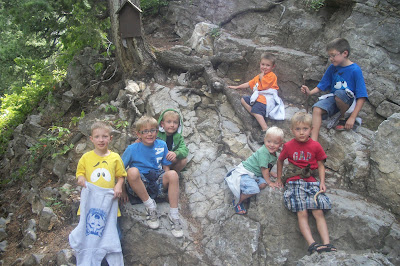 Well, summer was running out and we hadn't gone camping. SO, Mary and I decided that we were going to take the kids and go camping! We had tickets to the Martin Harris pageant for August 12th and so we decided to camp up Logan Canyon. I wasn't about to let the fact that Mike and Tyler were backpacking stop me! I decided to do it on my own. Well, on my own with Mary and sometimes Mike O's help :). My Mike wasn't happy about it until he found out that Mike would be there at night.....:)

I had Mike help me load up the van before they left and the rest of the boys and I loaded up and headed to Logan! Well, sorta. We made several stops along the way. I needed more ice. Then Mike O's car over heated so we stopped of coolant and oil. THEN we headed up to the camp ground. Ahhhhh there is something about being in the mountains that is just SO relaxing! I think that we found the best spot on the mountain! The whole thing was in the shade! The boys and I (with a little help from Mike) got camp set up and then we all set to roasting hot dogs and mallows! The boys had a blast helping with the fire and just chilling with their cousins. The funniest thing about roasting hot dogs with the kids is that they put them right into the flames, turn them black and then get grossed out that they're cold! hahahahahaha LOVE it! Bed time went so smoothly it almost had me scared.......and since my air mattress went flat and I ended up sleeping on a rock, I guess I should have been :) No actually other than that the night was perfect! Everyone slept well and no one even woke up to go to the bathroom!! That NEVER happens when we are camping!

Friday morning was beautiful. We had so much fun making pancakes and enjoying the smell of sausage! The kids had fun playing on the hill aka "their fort" while we cooked. While we were cooking Matt decided to help clean up all of the half filled pop cans. We told him that if he wanted to finish them he could.....which he was thrilled by until he took a drink. Preston had been making a :mud bomb". And Matt drank that "mud bomb" !! ICK! hehehehehehe. Poor Matt! After breakfast we cleaned up and headed into Logan. I needed a new air mattress:) We also snagged some shampoo and conditioner (we smelled too bad to go to the Martin Harris show) and a few more treats!

Then it was back to camp and......RELAXATION!!! It was so nice to just chill. The kids just got to play. Mary and I just got to relax. It was awesome! It was even better when Tee and Melissa came up to visit! Whenever they walk into the same space as the kids pandemonium breaks out. The kids just LOVE them (well we all do) and it's just so great to be around them!

They boys all just had a blast playing and exploring. Nick and Kyle are NUTS. They started toasting each other and then drinking their koolaid koolers:) 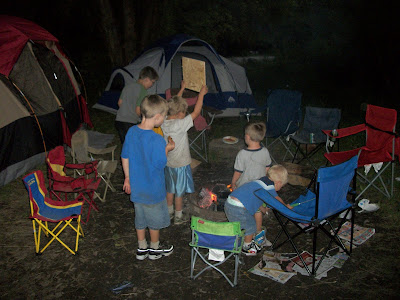 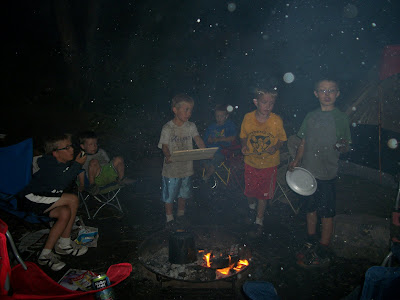 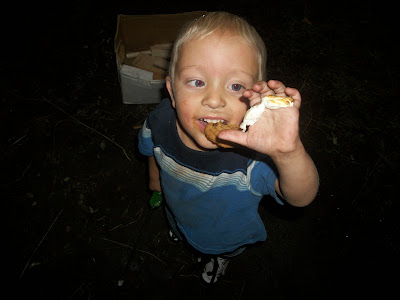 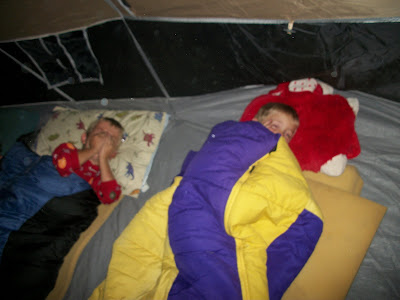 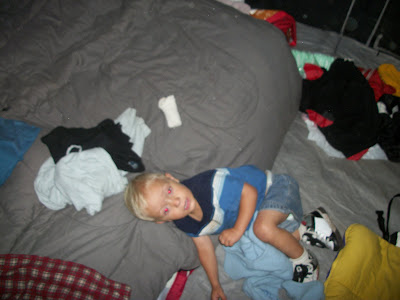 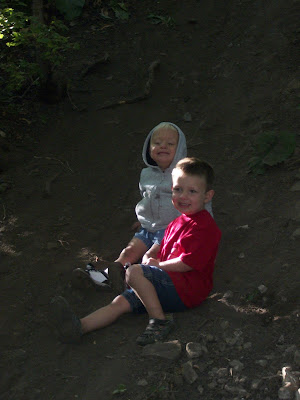 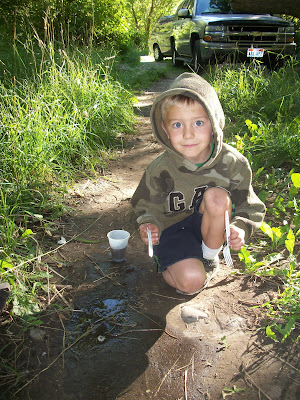 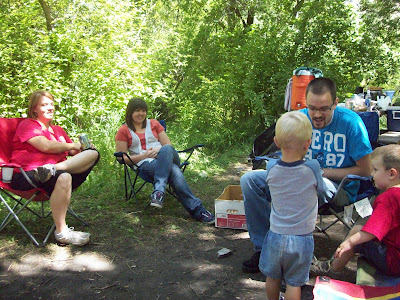 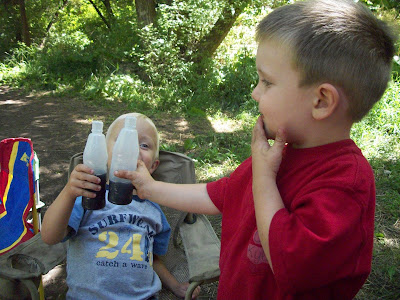 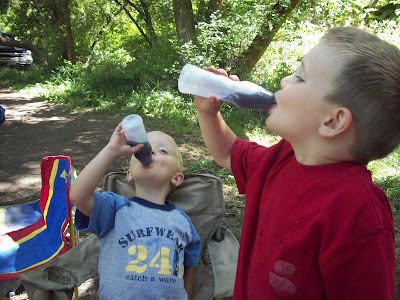 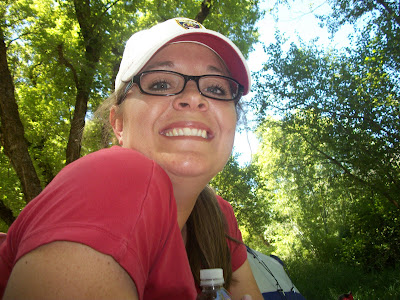 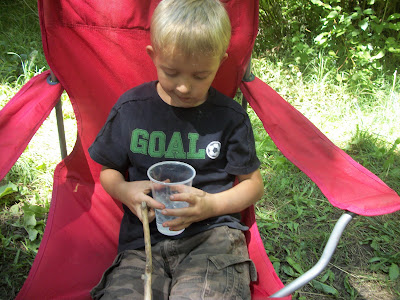 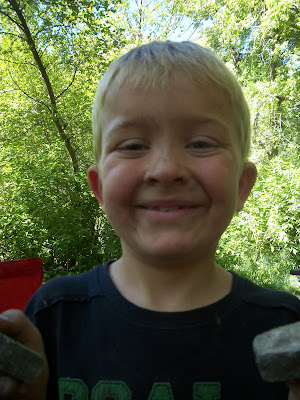 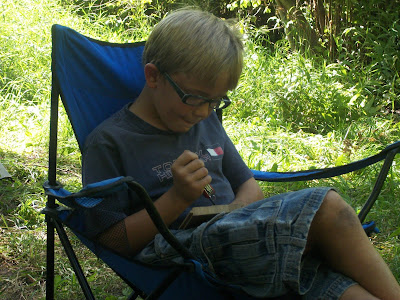 Mary and I washed our hair, cooked dinner and then washed up the boys and headed to the Martin Harris Pageant. I love the pageant. Always have and it was a lot of fun to take the kids again. We met the Voigt's, the Neff's, the Malan's and Melissa there. It was so much fun. The kids all enjoyed the show and kept talking about how hard it must have been for Martin Harris. The older ones really felt the spirit and asked when we could go again.

We got back to camp and Nick and Lucas were asleep. Matt helped me get everyone into bed and I was feeling pretty good about the night......when of course Matt started to feel sick. After several trips to the out house and puking in the weeds we finally went to bed. Thankfully we made it through the night without anymore problems AND my new air mattress held up! 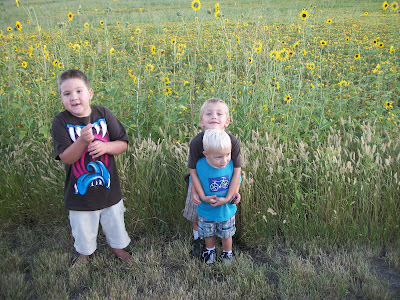 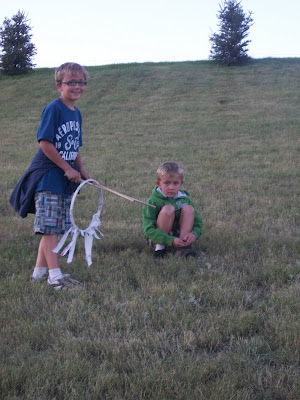 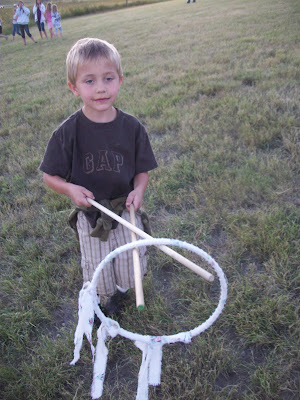 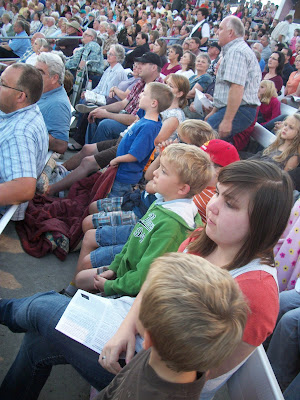 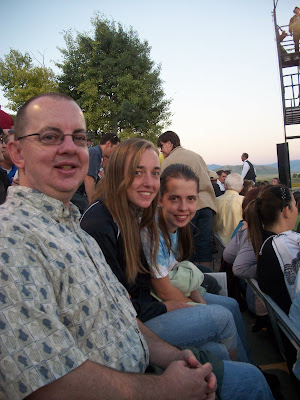 Saturday started with yummy bagels (I made them from scratch so that Matt could have them), a quick camp clean up and we were off to Bear Lake and Minnetonka Cave! The drive was beautiful and I would have enjoyed it a lot if Nick hadn't screamed for the first 40 minutes :( . Oh well. We got to the Cave, got our tickets and went to find a nice spot for lunch while we waited for our tour time. It was beautiful, and relaxing. There were beautiful trees and a little stream and the kids were in heaven but not in danger:) and I was happy! 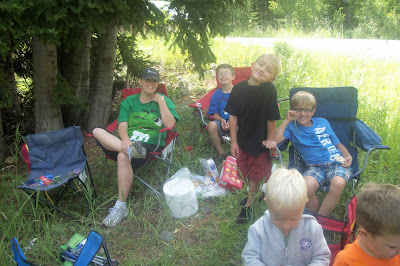 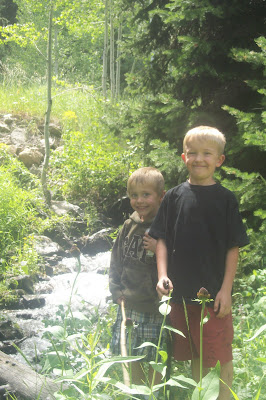 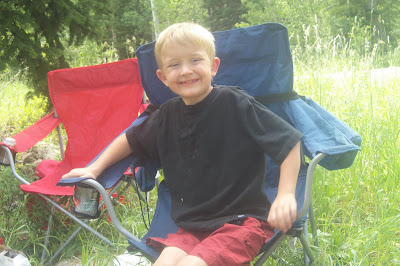 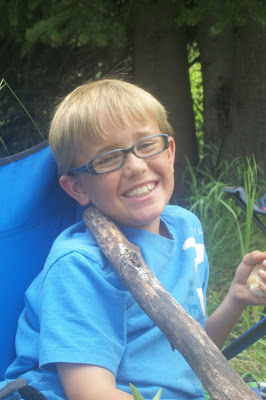 After lunch we went to the cave! I thought it was beautiful. It also would have been a little easier to deal with all of the stairs if Nick and Lucas hadn't been too scared to walk on them! UGH I carried Nick the whole time and half the time I had to drag Lucas along too. All in all it was a ton of fun and Lucas even admitted it was awesome!