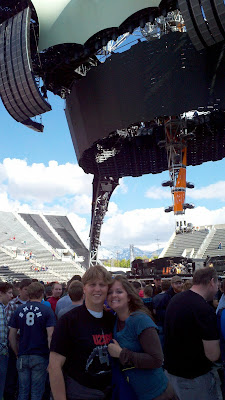 I know I should have thought of a cooler title for this blog entry, but really nothing is cooler than U2. Just plain and simple! I honestly can't explain how COOL and AMAZING and AWESOME the U2 concert was!!! We rode down with Kami and Travis. Our tickets weren't together, but at least we got to be together down and back! We were lucky enough to meet up with Jason and Lisa and their family. Our tickets were general admission on the field and the GA line was SO LONG. I was a little worried about where we'd end up, BUT there was no need to worry! We were right up close to the outer circle. Great view. We played cards and goofed off to pass the time. It was so much fun. The energy was amazing! Jason and Lisa went to get food and they hadn't been gone long at all when Jason came running back yelling "they are letting 1,000 more people into the inner circle! Wanna go?" We all RAN! We ended up SO STINKING CLOSE! The Fray was good. I think that everyone was so excited for U2 that the Fray seemed a little dull. A guy behind me said "wow, I've never yawned at a concert before!" So funny. There is really no way to explain the excitement and energy in the air as U2 came out onto the stage! I LOVED IT! They played such a great mix of old and new, and the stage was AMAZING! I have never seen anything like it! Bono is a genius! Truly 360! the screen was so cool too! I honesly don't know how to describe it, But it was AWESOME! It was all so AWESOME in fact that I passed out. Yup. I'm the idiot who passes out at a U2 concert. It was a slow song, calm, and my ears started to rush and my eyes started to go fuzzy. I ran through the check list....knees locked? nope. Hyperventilating? Nope. Head hurting? nope.......and then I turned around and grabbed onto Mike's jacked. I said "I'm going to pass out" and next thing I knew I was on the ground with people looking at me. UGH! I'm such an idiot! I moved back to the little fence separating the inner circle from the walkway. It gave me something to hold onto and a little bit more air and I was alright. Who knows why I passed out, but it made for an exciting story! ANYWAY, this was one of the greatest nights ever! Perfect Mothers Day present! Thanks Mike! I have to say though, I am no longer a teenager and not getting home until 1:30 is harder than it used to be :) 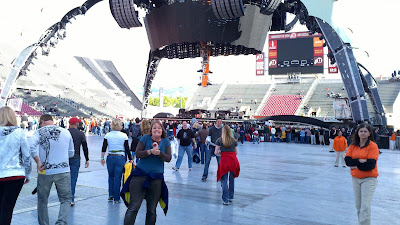 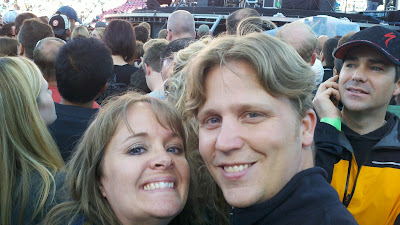 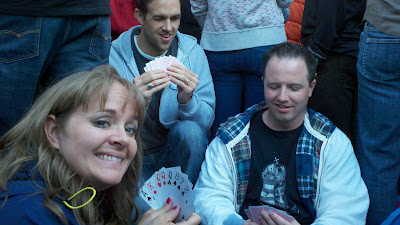 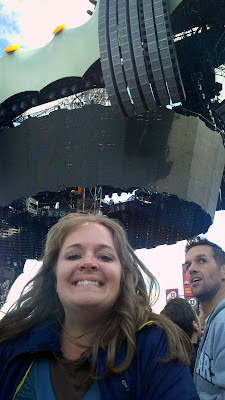 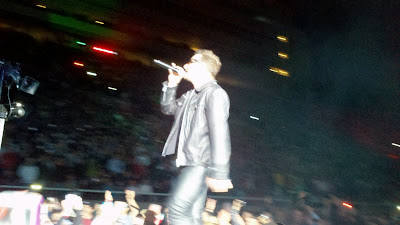 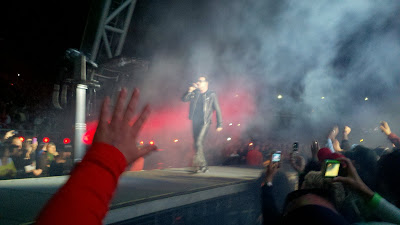 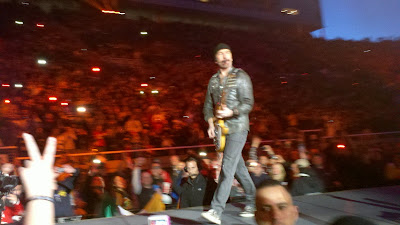 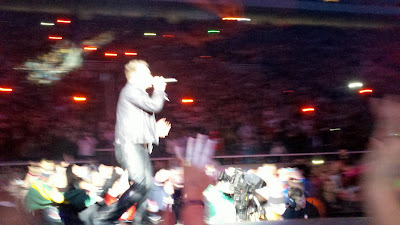 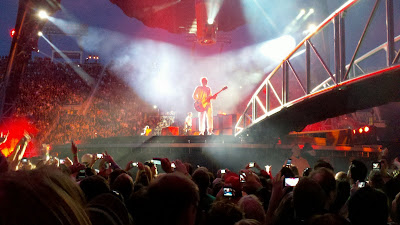 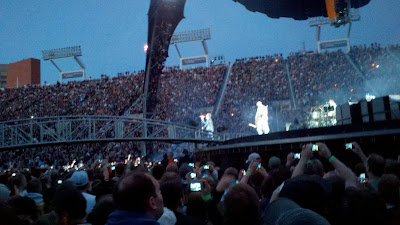 Wow. You were close! I love that 2nd to last photo.