I love April Fools day. I don't like mean jokes, but I LOVE fun food and funny jokes. This year my day started off in a great way. I got on Facebook to see if Stephen and Melissa had poster their joke.....which I had been waiting to see for almost a year! They had! Tee had stayed up and posted that they were pregnant just after midnight. My mom, who never checks Facebook EVER had gotten on that morning. She was TICKED. I was laughing hysterically. I called Tee to see if Mom had called him. She had, and she had GONE off on him hahahahahahahahahahaha. He tried to tell her to look at a calendar, but she refused. Several times before catching on. LOVE it!

Anyway, my kids woke up expecting something to be funny with their breakfast. They were sad that everything was normal! Little did they know, their lunches were silly. I put gummy worms in their apples, and carrots in their cheetos bags and then resealed them with 2 sided tape. They came home saying that their friends thought they were so lucky :) 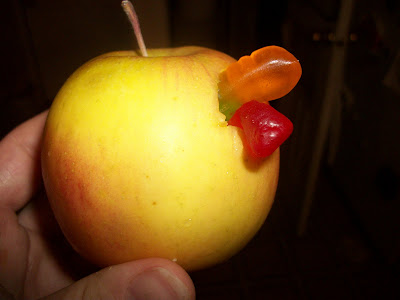 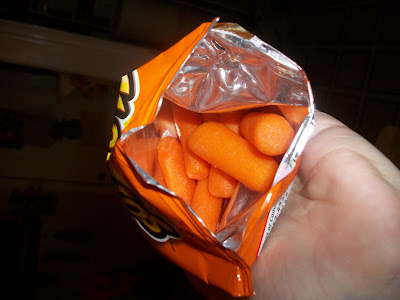 Dinner was fun. Isaac asked if we were having funny food again this year. I said nope and that their lunches had been the fun food this year. He was almost in tears because he'd seen me making pasta and knew what dinner was. Well, at least he thought he did :) I had let them see me making pasta so that they wouldn't suspect the "fake" food when I put it on the table. The first platter of "pasta"that I put on the table was really frosting piped onto angel food cake, strawberry ice cream syrup and chocolate malt balls. No one really payed attention to it until it started plopping onto their plates. Hehehehehe THEN they realized that it wasn't real. Isaac was bouncing up and down he was so excited. So after dessert we had the real pasta. 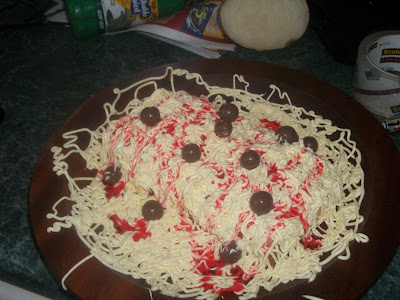 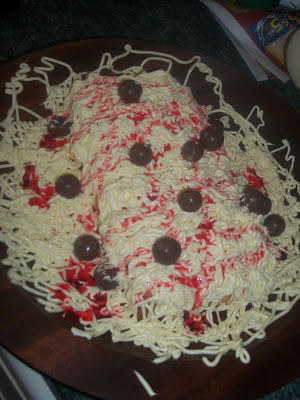 I love my family and I love doing fun things with them. There's nothing better than this!
Posted by Liz at 7:13 PM