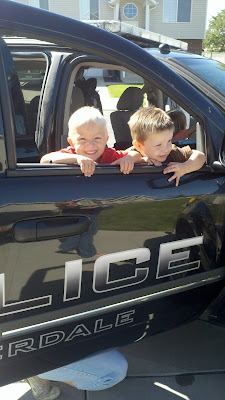 I have always thought that Riverdale had great police officers but this week's preschool field trip reaffirmed that. The officer I was working with had a schedule change and so we had to rearrange our dates AND he came to us at preschool. He was AMAZING with the kids. He learned (and remembered) all of their names. Which is harder than it sound because Mary's group was there too! He talked to them about safety and spent a lot of time trying to help them feel comfortable with him as an Officer. The kids all had a blast playing with the car. As a side note.....I received a letter from him a few days later. HE was thanking US for letting him come! AND he named each child in the letter! WOW. What an amazing man! Thanks Sgt. Fuller! 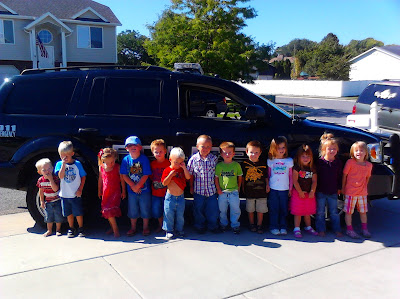 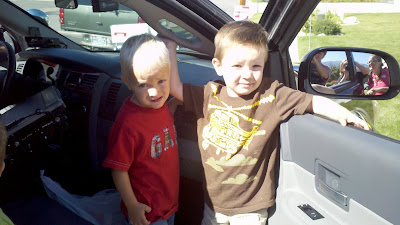