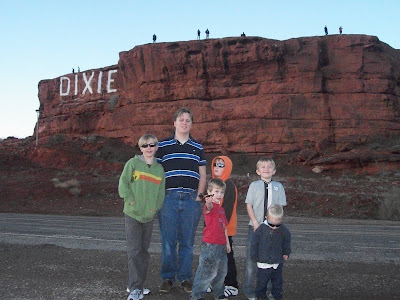 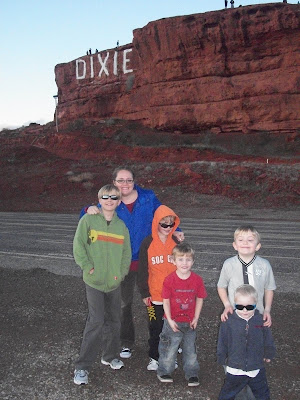 Tyler's soccer team decided to go to the Ice Breakers soccer tournament in St. George over Presidents Day weekend. We decided that it would be a great chance to get out of the deep freeze of the North and enjoy the slightly warmer conditions in the south. YEAH RIGHT! The rain started Friday night (thankfully after we had finished our drive) and didn't really stop until Sunday afternoon. BUT, here's the complete run down:

Friday:
We left Riverdale about 2:00. After stops in Draper, Beaver, and who knows where else we finally made it to St. George. A little down time with Mike's mom and dad and it was off to bed since Ty's first game was at 8am! Our night was AWFUL. I don't think that Nick slept at all! As I was up all night I got to lay there and listen to the rain and stress. ugh.

Saturday:
Well, the rain never stopped. BUT the kids were all up early and excited for the day :) Tom made a great breakfast and we were off. As we got closer to the soccer field I got more stressed. The fields are actually at a sod farm. In the fall the farmer cuts everything out except for what's needed for the fields. A text from the Mosses warned me "careful it's muddy. We've already been stuck". Muddy was putting it mildly. It was a bog. But Tyler played well and didn't mind the water and mud too much. :) it's a good thing he's a boy. They lost, but they all played so well I really didn't mind :) 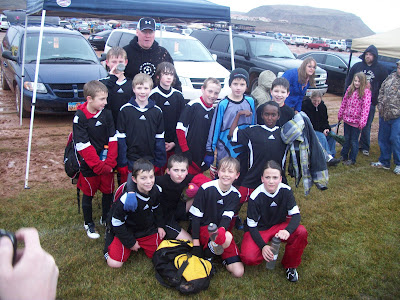 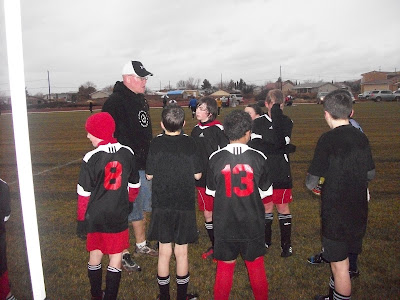 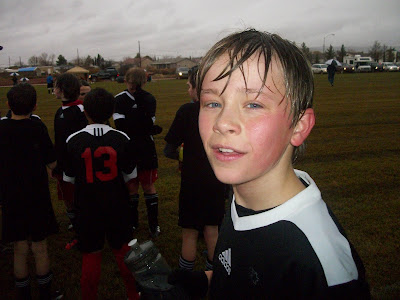 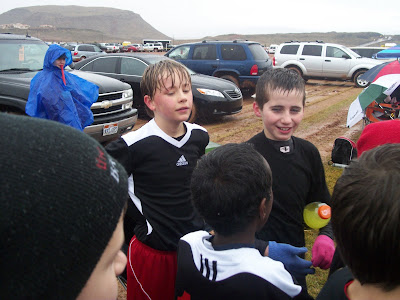 We gathered up our stuff, borrowed Joey and headed to Tayah's game. Tyler and Joey sat in the rain to watch her play while the rest of us went to get hot chocolate. We did take them some:)
then it was off to their second game.

Second game wasn't so great. It started out with a kid from the other team running Isaac over and knocking him down in the mud. Tyler played so hard and I was so impressed. Up side was that Tayah came to watch the boys play:) Isaac got taken out by a kid on the other team, and ended up COVERED with mud. He was so upset at first, but.....when the game got a little long for Isaac and Lucas and so they entertained themselves by playing in the mud. I think people thought I was nuts to just give in and let them, but really there wasn't any way around it. Besides, mud is kinda cool! After the game we loaded up and went to buy new shoes. There really wasn't anything else we could do. There was no way ANYONE's shoes were going to be wearable. 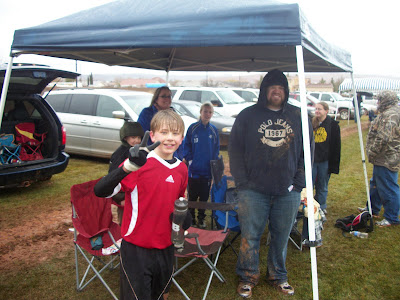 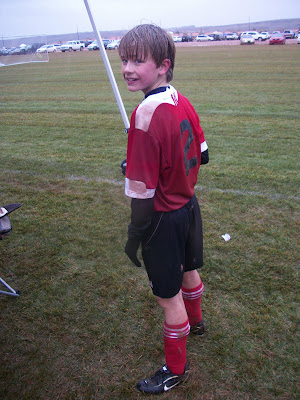 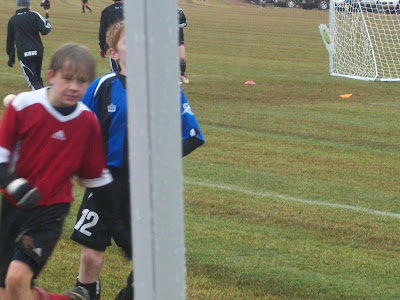 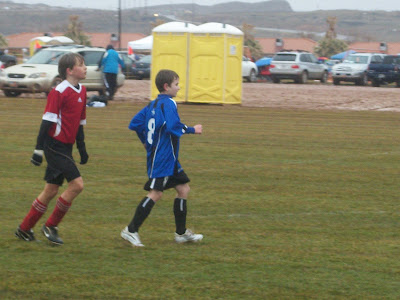 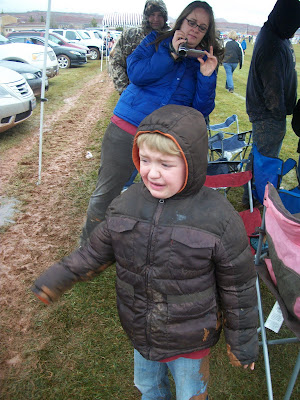 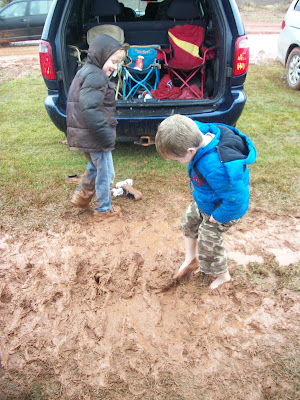 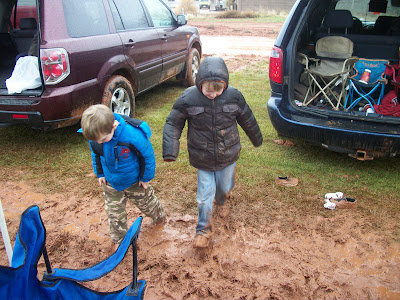 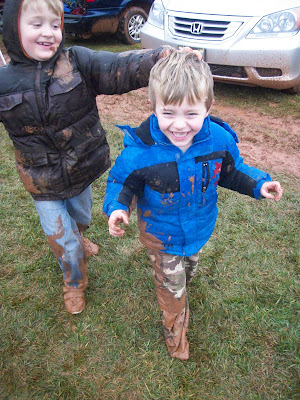 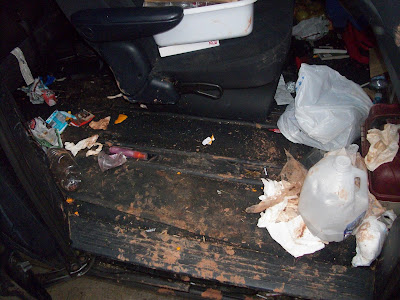 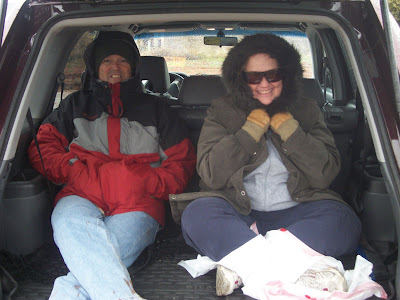 Then it was a little shopping for Mike and I while the kids played with Grandma and Grandpa, some down time and a fun dinner at Pirate Island. The boys were in heaven, and I had fun taking all of then on at air hockey.

Once bed time rolled around everyone was beat and I was praying that Nick would sleep.

Sunday:
Well, Sunday started with a snow storm. Nice. But I have to say it's nice to be somewhere where I don't have a ton to do. Sunday is much more relaxing! Especially when Grandma and Grandpa play with the kids so mom and dad can nap :) 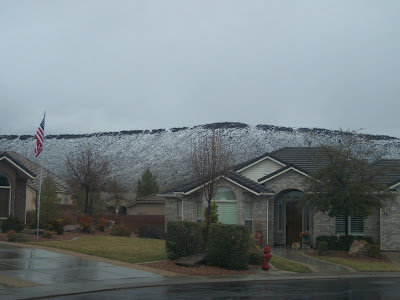 After our naps we took the kids over to the Logan temple. It's so gorgeous! I love it there. As we were getting out of the car I turned and noticed someone walking towards us.....and funny enough, it was someone I knew and loved! When we were in college we became great friends with Brian and Erin Christensen. We don't see each other a lot but when we do it's like no time has passed. Erin was walking towards us! She had been resting in their van while Brain and their 5 kids walked around the temple grounds! It was so great to catch up with them!! 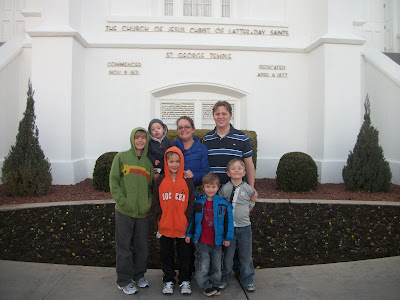 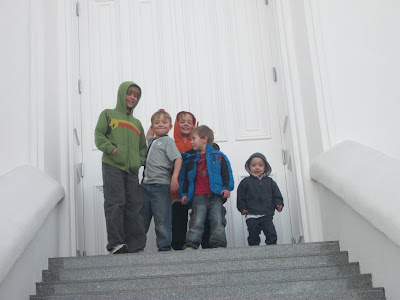 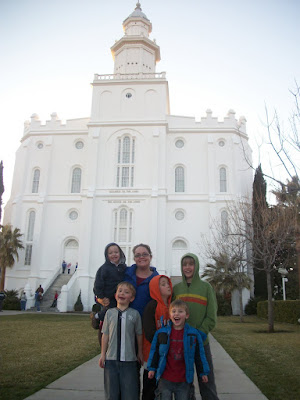 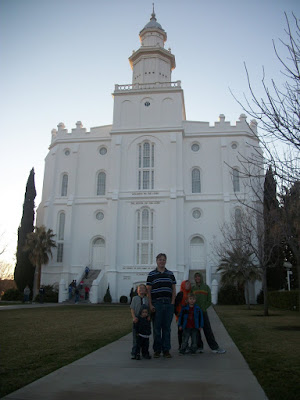 Then it was back for a yummy dinner and a relaxing night. Down time was so nice!

Monday:
Monday THANKFULLY was dry. COLD but dry. MUDDY but no rain making it worse! Tyler's game was at 8am. It was 32 degrees when we started, but without the rain it almost felt warm! The kids totally rocked the game. The team we were playing was a VERY dirty team, and toe coach was horrible which made it so satisfying to totally kill them! Such a satisfying end to the tournament! I love watching my kids play sports. They just have so much fun. 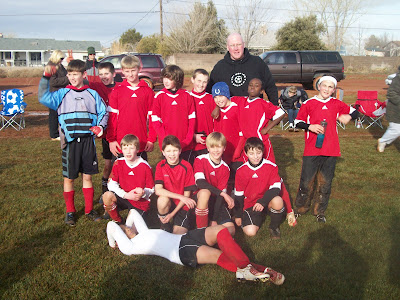 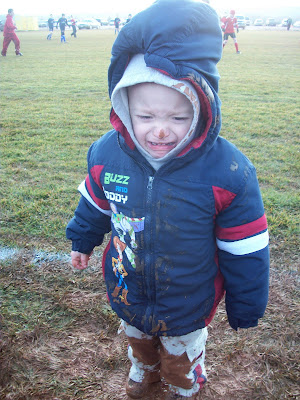 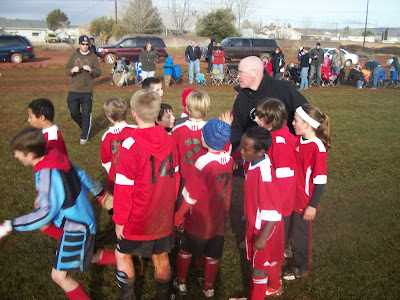 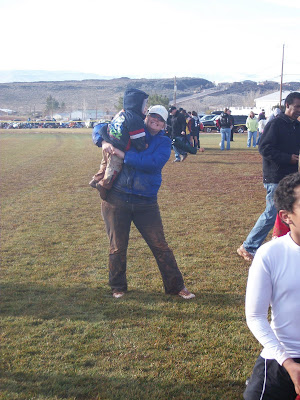 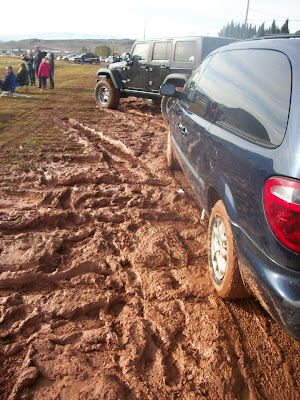 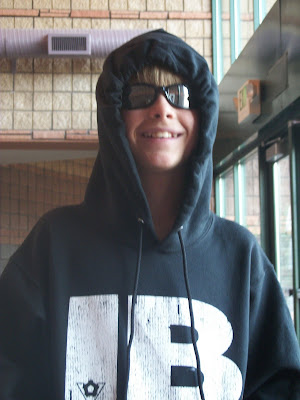 After the game we devoted the rest of the day to Lucas' birthday. And THAT will be my next post :)
Posted by Liz at 9:17 PM