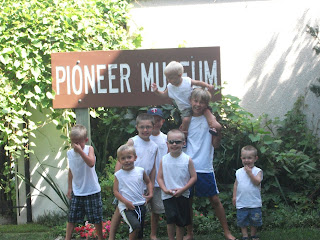 Since Pioneer day is right around the corner Mary and I decided to take the kids to a couple of museums in the area that we have never been to. First we went to the Daughter of the Utah Pioneers museum and the Mile Goodyear cabin over on the Ogden Temple grounds. It was AMAZING! I had no idea that there was that much stuff there! It's kinda scary to take 8 little boys into a museum. But the actually did alright! 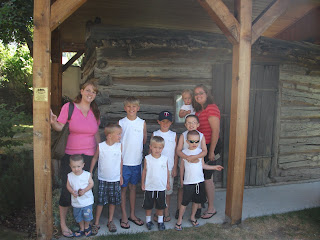 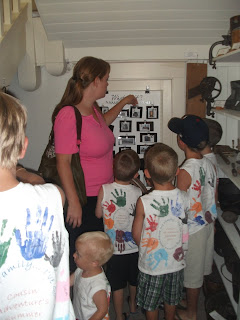 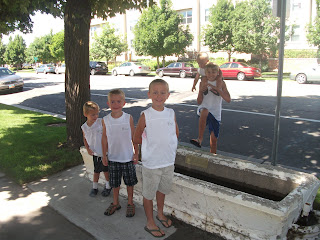 The Boys love the Horse trough in Down Town Ogden. Matt was thirsty and Isaac told him to just go back and drink like a horse!

After that we drove to Roy and went to the Roy Historical Museum. 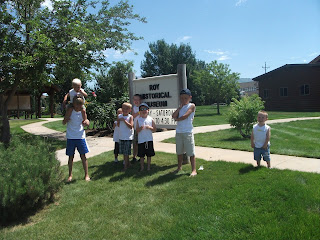 Again, we knew it was there and have been past it a million times but haven't even stopped. I was shocked. It is a treasure trove. Nazi war medals, Pioneer artifacts, guns, military uniforms, shoes from Governors, mayors and other famous people, and the list goes on and on! Mary and I decided that we really needed to take rope with us to museums. That way we can tie the boys hands behind their backs while we look at stuff. 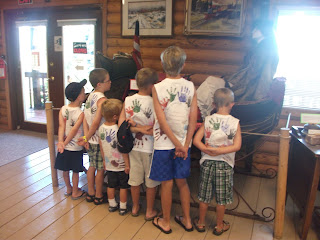 BUT to their credit, they are little boys who's mom's drag them from museum to museum! My favorite thing I saw was the "Electric permanent Hair curler" SO awesome! 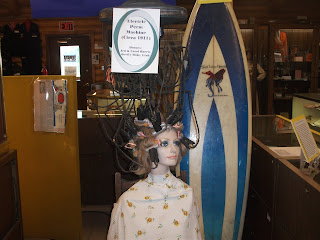 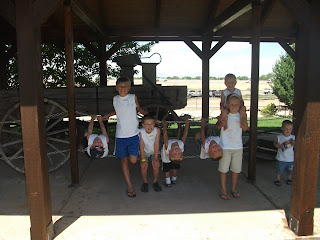 Who knew what cool stuff was right in our back yard!
Posted by Liz at 5:06 PM