Koda-what?  That's what I said when Mike suggested we go there.  I'd never heard about it!  But when he said it was by Bryce Canyon and that Brother Baker loved it I was in!

We left on Wednesday afternoon and headed down with the Frandsens.  The Malan's were going to join us on Friday.  The drive down was....great!  Emily and David took Isaac and Lucas in their car , Nick slept and we had great talks with Ty and Matt :).  We got to the park right before the gates closed and set up camp in the dark.  BRRRR it was chilly!  It was cold enough that once we were set up and ready for bed no one argued:)

Thursday after breakfast we spent some time playing around at our camp site.....it was AMAZING!!  I don't think I have ever camped at a more beautiful camp site!! 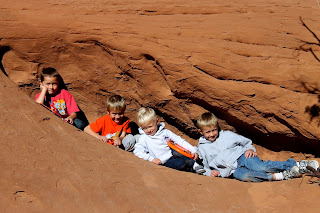 Then we went on an amazing hike!  It was called the Shakespeare Arch and I loved it.  The pictures are beautiful and yet don't even come close to the real thing.  The kids just kept going and going with no complaints!  AMAZING! 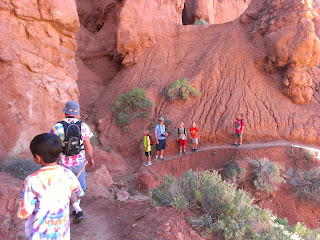 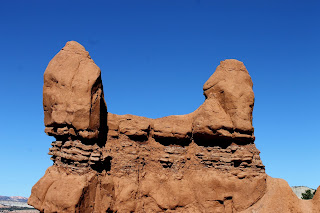 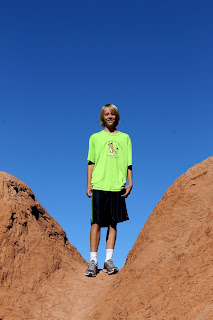 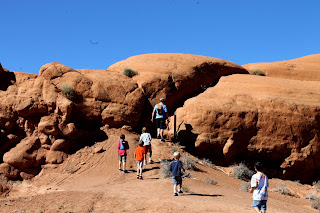 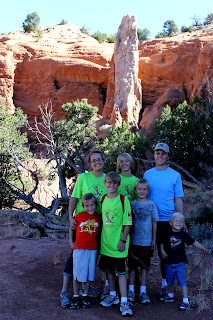 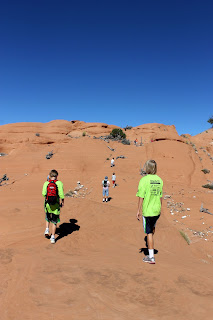 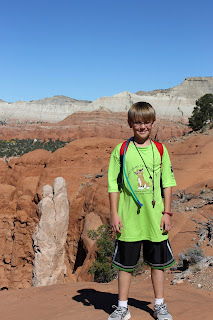 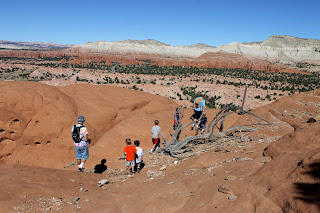 After our hike we drove over to see Chimney Rock.  Just a little driving detour but an AWESOME site!! 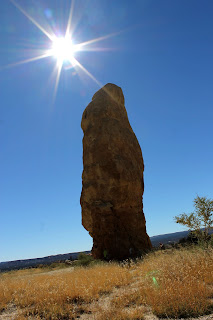 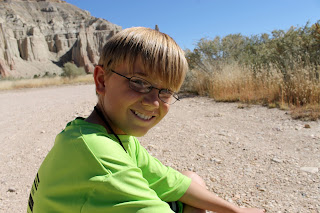 Then we ate lunch and then went....or tried to go....on a mtn. bike ride.  There had been so much water and so much flooding there this year that a lot of the trails were really washed out.  There was A LOT of crashing But we still had fun. 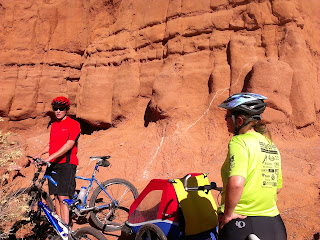 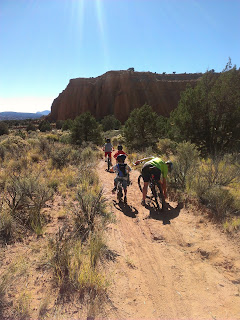 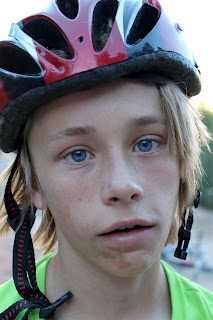 Once we called "uncle" and gave up we went back to camp and Emily and I got showered up and made dinner.  The Malan's got there as dinner was cooking so after they set up Mike, David and the boys that were willing to try again...took them on a bike ride while we finished up dinner. 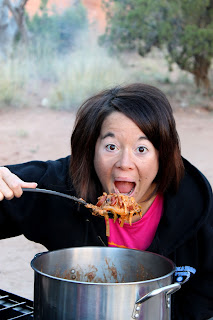 Then it was a great night around the fire with great friends!  Can't wait to see what tomorrow brings!
Posted by Liz at 10:02 PM