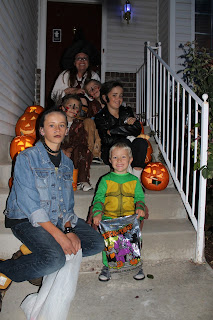 I love Halloween.  Especially when costumes are easy....and this year everyone wanted easy!  Wahoo! 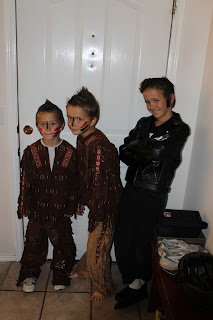 Nick was a cowboy for the preschool party and a Ninja Turtle on Halloween. 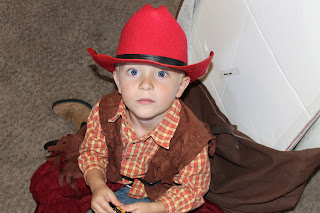 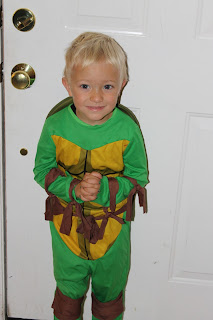 Lucas was an Indian.  I LOVE when they want to be things that I have in the costume bucket! 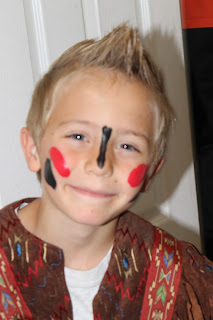 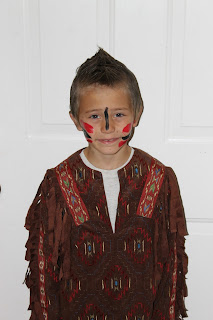 Isaac was an Indian.  I happen to think I have very cute Indians! 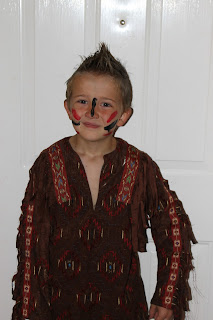 Matt was Elvis...this one was a little tough in the "figuring it out" phase but once I realized we could be "Jail House Rock Elvis" and that the Malan's had a black leather jacket we were set!  He made the cutest Elvis! 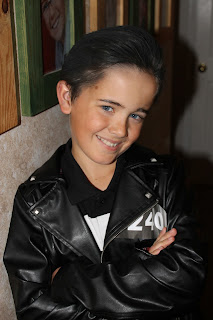 Tyler wanted to be a punk.  He'd been growing his hair out for a LONG time for this costume.  It got a lot longer than he wanted, but this is one of the best costumes we've ever pulled off!  We borrowed most of the clothes from David Frandsen, added my jacket, a lot of fake ear/nose rings, black nail polish and we were set!  He was chosen as one of the best costumes at school and NO ONE recognized him!  LOVE it! 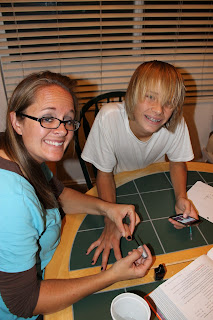 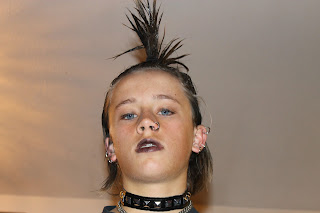 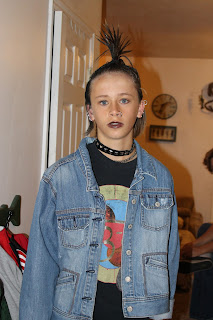 I even got into it a little bit this year!  I love Harry Potter and THIS was a simple simple costume to throw together! 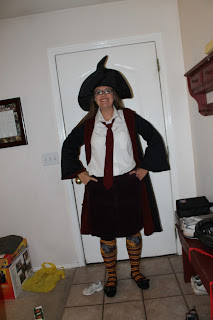 We also had a blast this year carving pumpkins!  I have very talented boys....they kill the pumpkin carving every year!  I love my kids! 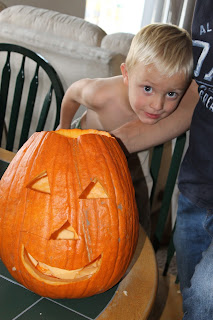 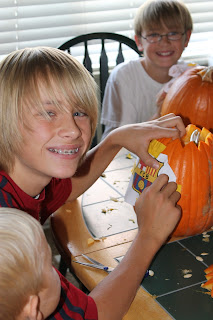 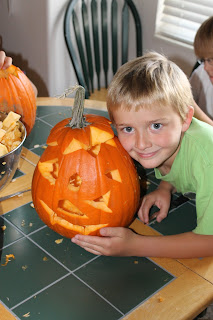 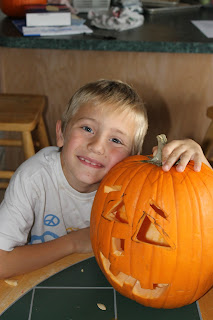 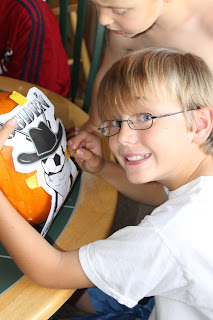