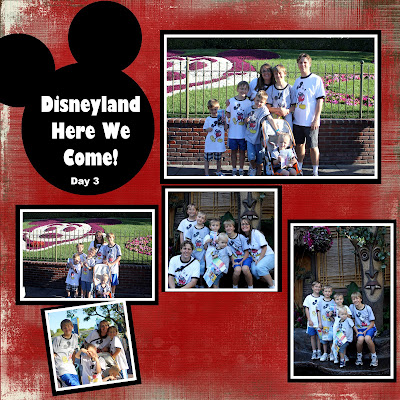 I don't think that anyone slept last night!  We were all so excited that everyone was up at 5am!  We got there before gates opened and thanks to Jen Moss we went to the left when we got in.  The lines were non existent! Well....for a while anyway:) And after that we became very thankful for Fastpasses and child swaps!

We loved Jungle Cruise and Tikki Room.  Indiana Jones and Splash Mountain.  Lucas didn't like Splash Mountain.  Dark and Down Hill.  Not good for him:) Lucas and Nick and I rode Pooh's ride and met Tigger, Eyore, and Pooh!  Then we headed over and rode Peter Pan and the Train.  We ate soup for dinner and then watched the parade.  One of the best parts of the entire trip happened during the parade.  Lucas looked up and saw Peter Pan and said "OH WOW Look!  He is real!"  Oh it made my heart so happy!  I love the magic of Disneyland!  After the Parade we did snow white, pinnochio, and the teacups. Then we went over and did buzz again. Then nick and Luke did buzz while we did space mountain, with fastpasses of course. It was awesome!  One of the BEST parts of the day was the fireworks!  NO ONE does fireworks like Disney!! We sat right in the middle of Main Street for them and they were all around us!   It was so amazing!  Everyone was exhausted as we walked back to the hotel....Lucas and Nick were asleep by the time we got back! 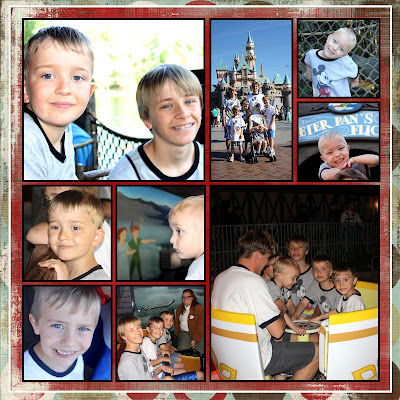 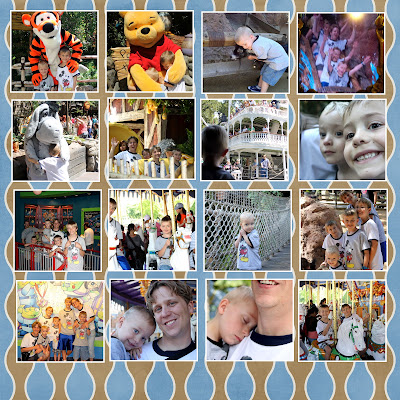