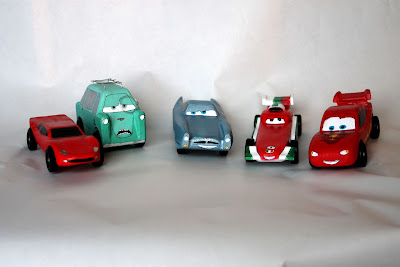 I LOVE the Pinewood Derby.  I LOVE all of the excitement that goes along with it.....and I LOVE that it's all something Mike gets to do! hehehe

This year we decided to do "Cars" cars.  I bought enough kits that all 5 boys could make cars.  Ty decided to NOT follow the rest.  He wanted a Corvette.  A red Corvette:)  Matt made Professor Z, Isaac made Fin McMissile, Lucas made Francesco, and Nick made Lightning McQueen.  They all looked AWESOME and they all did such a great job!  Isaac won the "Most Elaborate" Award and Matt won the "Judges Favorite" Award.  They came in 4th and 5th on speed which we decided was ok because you couldn't have the coolest looking and the fastest cars!

Tonight Matt also got his 20 WeBelos activity pin.  Because he earned all 20 he got his super achiever patch!  It's no shock that he's a super achiever but WAY TO GO MATT! 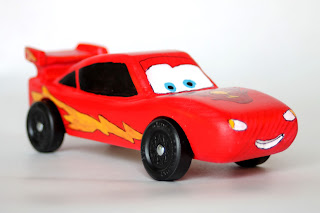 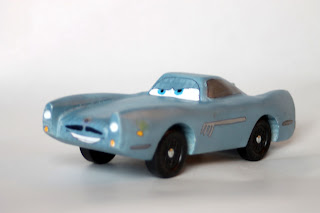 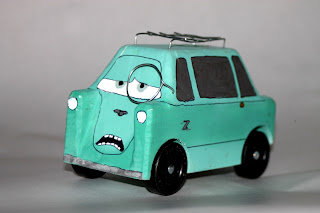 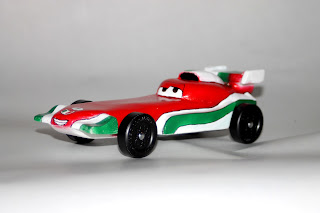 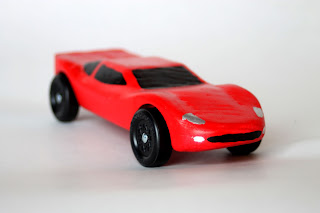 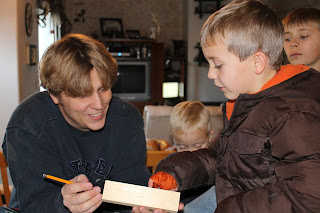 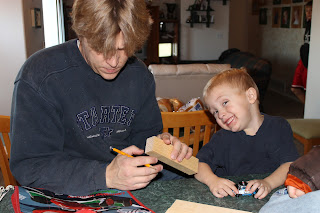 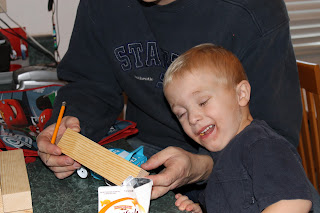 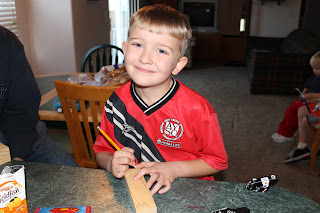 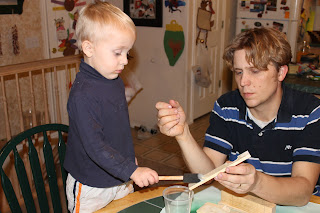 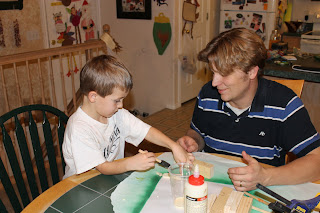 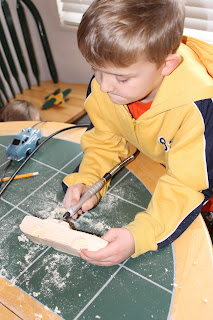 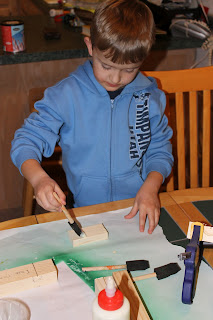 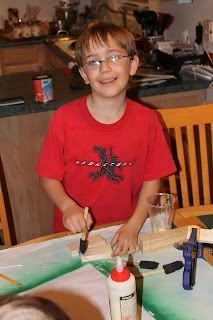 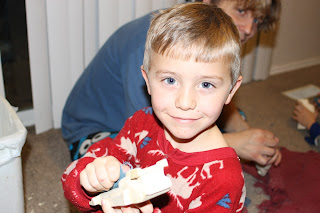 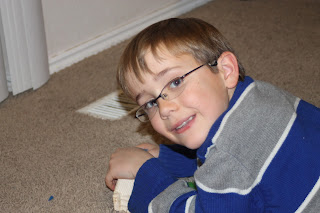 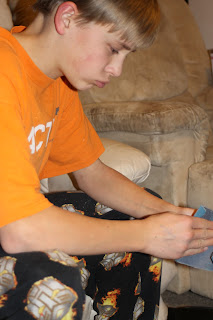 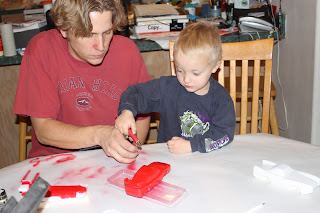 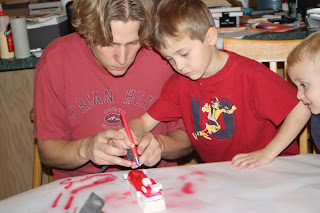 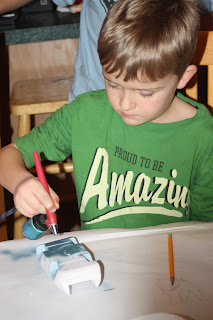 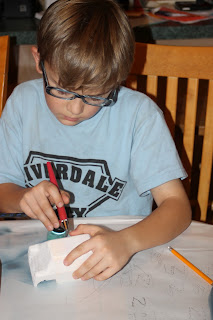 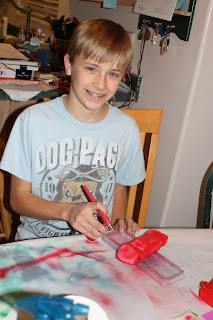 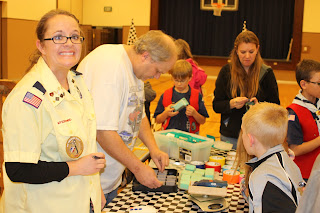 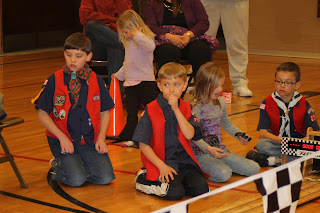 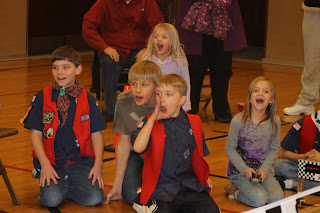 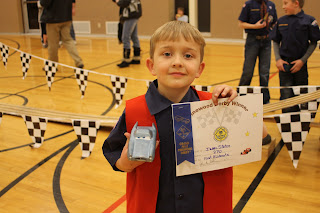 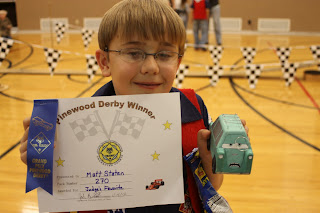 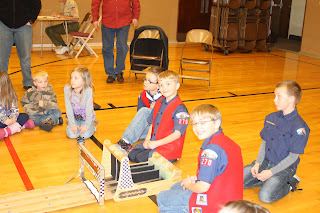