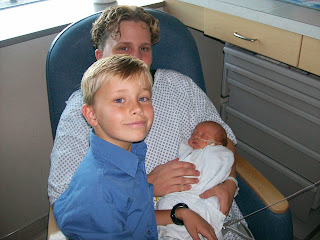 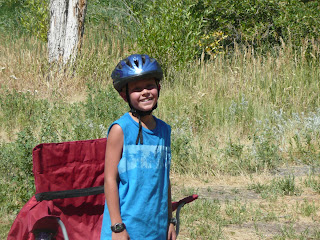 Where did the last 10 years go? I really cannot believe that Tyler is 10! I swear it's only been like 2 since I held my first little boy in my arms. He was an amazing baby of course! And he has been amazing ever since. Tyler is always so concerned about me and my feelings. He'll stop whatever he's doing if I need help, and the only time he complains is 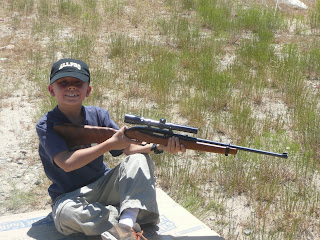 when he's really into a book! He's also so obedient. I don't have to worry if he's going to make good choices when he's not with us. I think it would kill him to do something that he knew would upset me. Now that ‘s not to say he's not a crazy boy! A little while ago I got a call from the school saying that Tyler had been hurt on the playground and had a huge goose egg. He and his friends had been trying to see how many monkey bars they could skip, He skipped like 5!!! Of course his head then slammed into the big pole that holds up the monkey bars! It stood out from his head at least an inch! Of course the recess lady had to make him go to the office because by the time she got to him he was trying to do it again!

Tyler is the best big brother. He loves to be with his brothers. When you ask who his best friends are he always starts with Matt. Those 2 should have been twins. Their favorite recesses are the ones that they have together! I think it's so great that Tyler want's his "little brother" included in everything he does. Most of his friends realize that they are a package deal! Isaac adores him, and Lucas thinks he's so lucky to share a room with Tyler. And Tyler would spend his entire day holding Nick if I would let him!

Tyler is also loves wood turning, piano and sports. Wood turning is something that he loves to do with his dad. In fact he's mad a bowl all on his own already! I think it's so cool! Piano is great because he 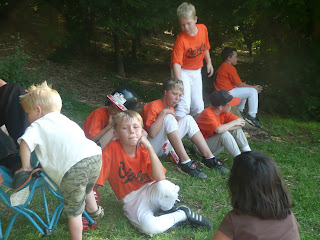 can move at his own pace and he loves that. Baseball this summer was so much fun. Tyler's team took second place over all. Go Orioles! Now it's soccer time and Tyler has decided that he really likes being a defender. He's so good at it too! He's so fast and aggressive. I love being a soccer mom. Even when it means I'm sitting in the rain! 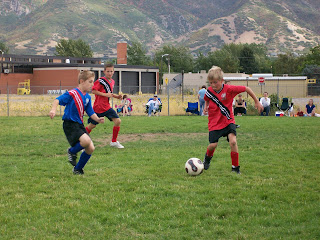 amed after his wonderful Dad. I have no doubt that Tyler will continue growing up to be just as kind, smart, funny, goofy, loving, and handsome as his Dad!

Your blog is so cute. Happy Birthday Tyler and Isaac.

Happy Birthday, Ty! We all love you!!