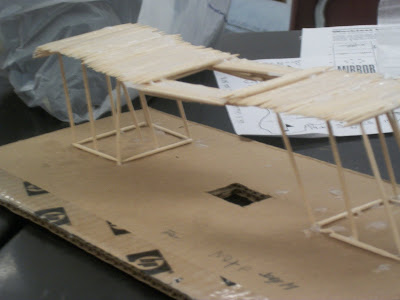 Every year the district holds "PAL camp". It's an accelerated learners camp. This year Tyler went for Math. They had to design a bridge and build it out of tooth picks. Then at the end of the week they broke them. Ty had pushed for a different design (yeah he's talked with his dad A LOT about bridges) but he was over ridden. He likes to think that if they had used triangles it would have won :). They also had to work the stock market. They were given "money" and had to "buy and sell" their stocks during the week. They also did some other fun math games. He LOVED it! 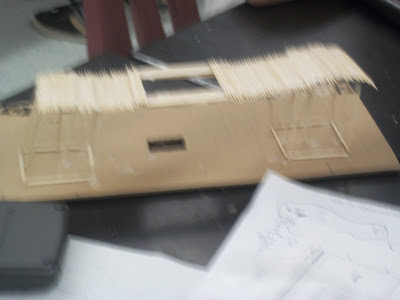 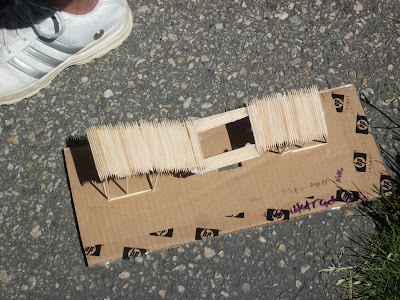