I really enjoy Halloween. I'm not CRAZY about Halloween, but I do enjoy it. I like coming up with fun costumes and eating fun crazy food! This year the boys had decided to be green army men. I say "had" because Lucas and Isaac kept changing their minds. SO this year Ty and Matt were army men at everything they did, but Isaac and Lucas and Nick were several different characters! Lucas and Nick were Darth Vader (s) at the Preschool Party, and Isaac was Darth Maul for the school parade and party. THEN on Halloween they were all army men. (They were going to all go Green too, but the rain made us re-think that! But more about that later)

Our week started with a fun Preschool Party 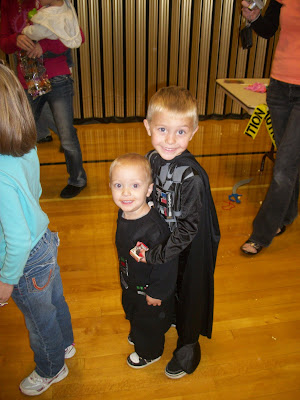 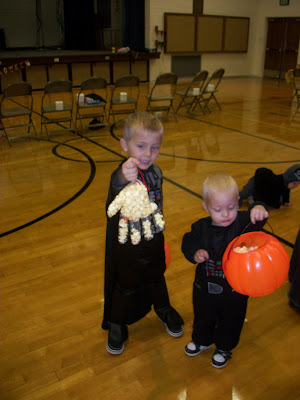 Then we carved Pumpkins! 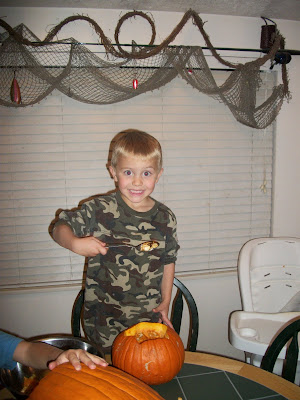 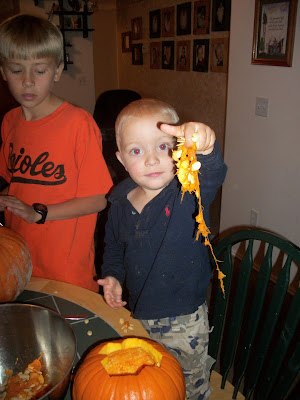 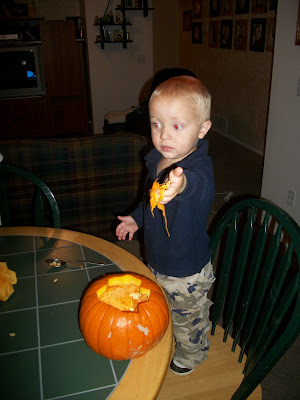 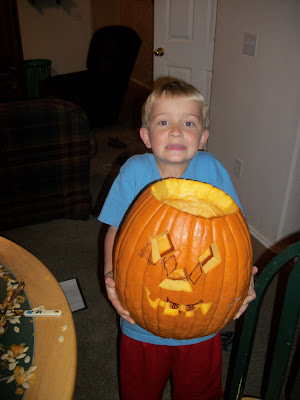 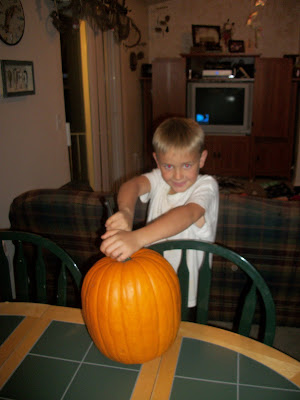 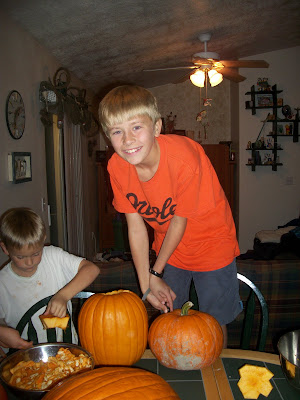 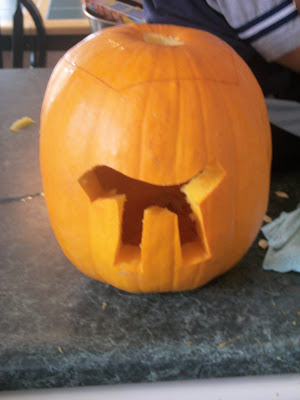 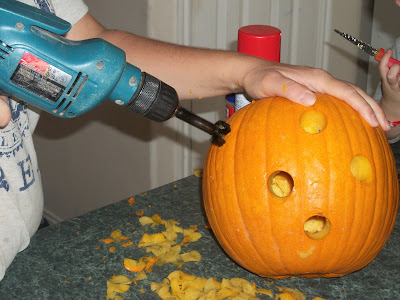 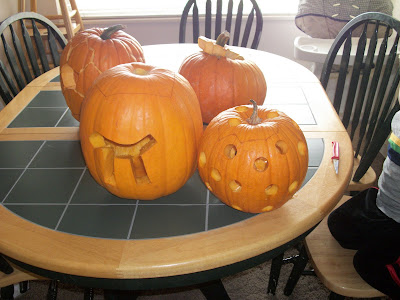 Then we had the school parade/party on Thursday (no school on Friday). I got to help in the 1st grade party. I have to say that I love HELPING and not being IN CHARGE! It was wonderful!! 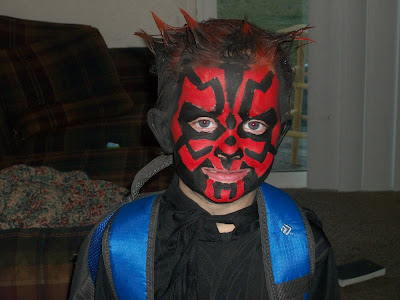 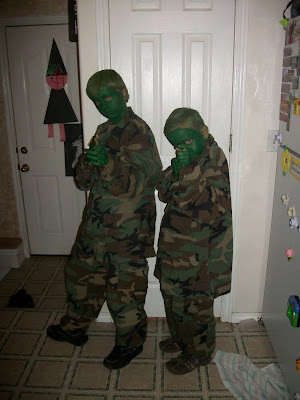 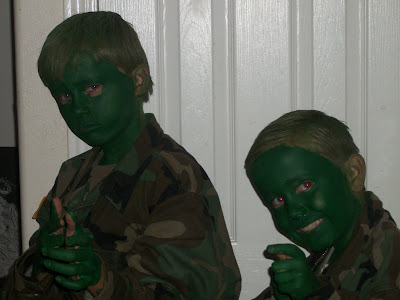 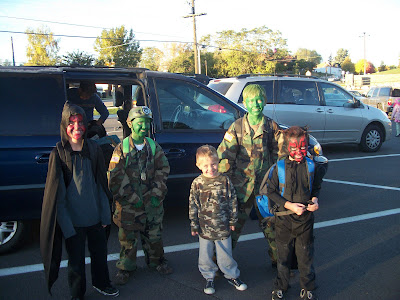 Friday we went to the Oveson's for a fun Halloween party. We had our traditional jack-o-lantern sandwiches, mummy toes, witches fingers, witches brew and dirt cups. Then we played "pass the witches broomstick" and "Halloween memory". Then we all watched "Black Beard's Ghost". I love playing with the Oveson Clan!

Saturday Mom and Don came up for soccer, a fun lunch at McD's and then some fun "Witches Brew" with the Oveson's! 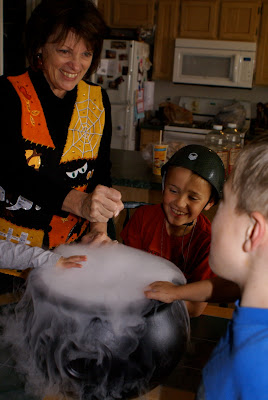 Saturday night we went trick-or-treating in a CRAZY rain storm! I drove the van and Mike ran with the kids! They had fun and were done after 45 minutes (which was GREAT for me)! Then we came home and watched a movie, ate candy and just had fun relaxing as a family!

I am sad though because Mike lost our camera, which of course, had our fun Halloween pictures on it! I have a few pictures from the school and a few that Don emailed me, so I guess that's going to have to do!
Posted by Liz at 10:11 PM