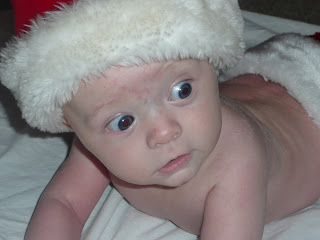 I needed Santa hat pic's for the calendar I'm trying frantically finish up. So last night I told the boys to go and grab the 1 Santa hat we have and come for a photo shoot! Ok so little did I know.....the Santa hat it tiny. It fits Nick! But I had to get the pic's so we improvised! Then I thought it would be cute to take Nick's pic in a stocking. Which it would have if he hadn't been so big that he ended up looking like a mermaid! Oh brother. The best laid plans! 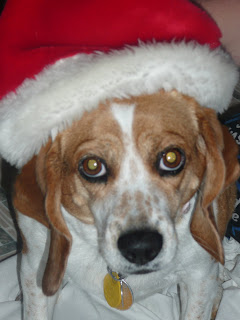 Missy was not to be left out! 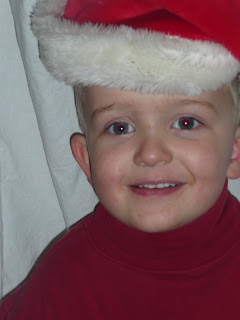 getting Isaac to hold still isn't the easiest thing! 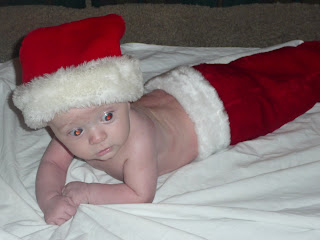 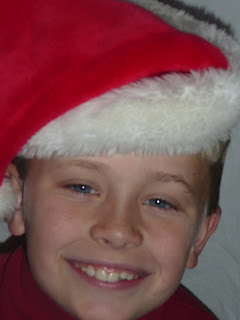 Tyler is a little too cool for all for this! 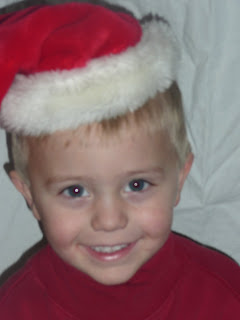 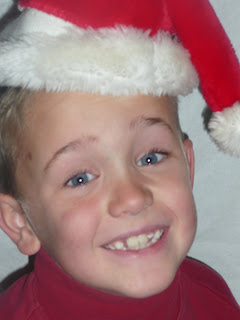 Missy looks SOOOO happy to have that hat on her head.

That is hilarious and adorable at the same time! I love it!

very cute! love the mermaid baby! what cute boys you have!