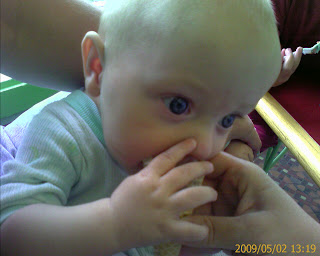 Last Saturday Mike and I promised the boys that if they got their chores done quickly we'd go to Farr's for an ice cream cone! Matt, Isaac and Lucas were all so excited because that meant that they could get some play dough Ice cream! (Ty's moved on to ice cream that actually tastes good!) Anyway as were were sitting there Mike tried to get Nick to eat some. (He'd been sick and REFUSING TO EAT anything) At first he turned his nose up at it. But then he got a little taste and went NUTS! It was hilarious! I wish we'd had our camera, but I guess Mikes phone did alright! 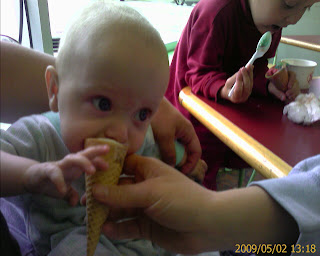